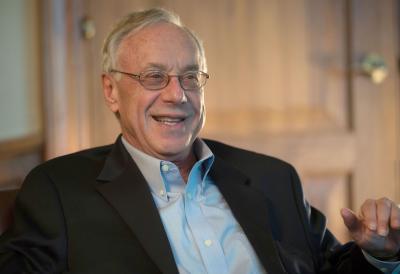 The medical marijuana industry is budding (pun intended). Since 1996 it has been legalized in 33 states, with California serving as the earliest adopter via the passage of the Compassionate Use Act on November 5 of that year (legalizing medical marijuana).

Governor Wolf signed off on legalization for Pennsylvania on April 6, 2016, and on February 15, medical marijuana became available for patients at dispensaries across the commonwealth. Fast forward only a few months later — in August 2018, Calypso Enterprises LLC became the first applicant from Erie County to receive a grower/processor permit from the State.

Led by Erie businessman Samuel "Pat" Black III, Calypso encompasses cultivation through final product packaging under one roof (seven acres situated between East Lake Road and East 10th Street). The group will serve as a wholesaler and companies like Erie will be the retailer.

Black is no stranger to the alternative solutions entrepreneurial ecosystem. He also founded and leads Hero BX, the largest biodiesel production facility east of the Mississippi and one of the top twelve in the nation. At full operation, Hero will own four production facilities throughout the United States that boast a capacity of close to 100 million gallons annually.

I sat down with Laura Guncheon, vice president of project management at Erie Management Group, LLC to talk about the industry. She was originally brought on board to oversee this project and has been intimately involved in Calypso's application, growth, and expansion since 2016.

"Calypso was designed as part of an effort to not only provide an imperative healthcare solution but in the spirit of Black's entrepreneurial mindset, to create jobs for the community, " explains Guncheon. "It will take upwards of 70 people at full production capacity to make this all happen while providing competitive, family-sustaining wages to our employees."

"We source from Erie first — whether it's vendors, suppliers, service providers, or employees — we work to find resources from our community," says Guncheon. And to date, they have been very successful. "Every company and laborer at the construction site is Erie-based, our subcontractors, the majority of vendors, and 99 percent of our management team."

That other one percent is a member of the team that has medical marijuana industry experience elsewhere in the commonwealth — with a competitor. "This is because it's a brand new industry, most employees will bring transferable but not specific cannabis skills and it's beneficial to have part of the team with some direct experience."

They also are actively working to raise awareness and identify diverse candidates in the community. Although the list is not exhaustive, some of the companies they have worked with to date Erie County Veterans Affairs Department, Barber National Institute, Greater Erie Alliance for Equality, Multicultural Community Resource Center, and job fairs at the local community centers, among others.

"Anybody can grow good weed," Guncheon jokingly adds. "What sets Calypso apart from its competitors is not only the quality of the product but the commitment to the community. Corporate social responsibility — the whole foods mentality — allows customers to know that the company is patient-focused, not profit focused."

In addition, once fully operational, Calypso will donate 10 percent of net profits to established charitable organizations and events. The group aims to launch the venture in June. At this time, construction is being completed and the backbone of their operations is being created.

Guncheon cautions, however, "This is a highly regulated environment, as it's still federally illegal. There are a number of gray areas surrounding the industry itself — and interviews, photos and the like will be nearly impossible. We have to dance around things that other industries don't have to worry about. We can't put up pictures of our products on mainstream media and promote any images of the facility — and although we are not considered pharmaceutical, we fall under the same advertising regulations of the pharmaceutical industry."

There are also a number of outside challenges in the industry as a whole. "Most of what we need is still being created. Essentially, the industry has evolved from basement growers to a highly regulated, commercialized industry." This frustration has led the team to create most of what they have done on their own. "We went to Colorado and designed a fully engineered process for Erie. When you look to the experts, other than 'scratch the surface' guidance, most are still figuring it out. It also has a long way to go to be on par with what is expected in a commercialized manufacturing process."

But she loves the work. "It's a really cool industry and the snowball effect is real. It moves at what we call dog year speed — it is rapidly changing every single day. This is a great place to be as we continue to create proprietary technology that we can replicate in the future as we grow and expand. "

As for what Calypso wants to be when they grow up? "We hope to become a multi-state operation. Under the umbrella of EMG, we have also seen the biodiesel growth which has become successful in the flagship location and expanded. We want to do the same with Calypso. And in a way that we don't lose sight of the important values — one that empowers employees and doesn't highlight profit over people."

While there is always opposition when it comes to a polarizing issue such as this, the benefits speak for themselves. Medical marijuana has been shown to ease the pain of multiple sclerosis, and nerve pain in general. In an area where few other options exist, and those that do are highly sedating, patients claim that medical marijuana allows them to resume their daily activities without feeling completely out of it. It has been used in the treatment of Parkinson's disease, fibromyalgia, endometriosis, and most other chronic pain conditions. Recent research has also indicated great promise in its use for PTSD in veterans who are returning from combat zones. Attitudes have also fundamentally shifted. In 2018, nearly 66 percent of Americans supported legalization.

And as the industry grows, Guncheon is looking forward to the ever-changing landscape. "We know what we said we would do — and we said we would get where we need to be. This is no different than starting any other organization, but we get to create our own roadmap."

Rebecca Styn is the Executive Director of the Idea Fund Erie, a nonprofit organization that supports entrepreneurial development and is the proprietor of Room 33 Speakeasy. She is also completing her Ph.D. in Leadership and Organizational Learning from Gannon University. Follow her on twitter at @rstyn.

Is the grass greener?: A Brief Recap of Recent Marijuana Trends