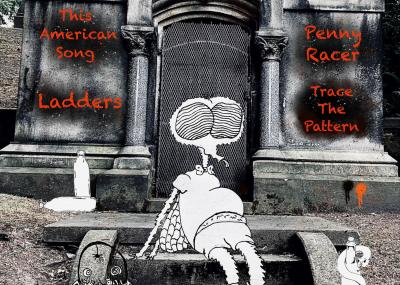 The Bunker at Lavery Brewing Company is the place to be to kick off your Halloween Weekend. On Friday, four local, original bands will take the stage (quite possibly in disguise) to ring in the culminating weekend of spooky season. The slate includes local punk rock four-piece, Trace the Pattern, along with scads of Erie indie-rock veterans in the forms of Penny Racer (which includes former members of Black Rose Diary and Dirt McGirt) and This American Song (whose catchy, psychedelic rock has been changing and growing in Erie for more than a decade). Organizing the event is Ladders (a cosmic gumbo that moves to the beat of jazz), and lead vocalist and guitarist, Rob Seaman, is excited to bring this Halloween show to the Bunker for the second year in a row: "Last year's show was a huge success and we want to bring that energy back again this year with a killer lineup."

The Bunker, which is situated directly behind Lavery Brewing Company, is a perfectly creepy backdrop for the Halloween show. Built in 1912, it originally served as the Gospel Tabernacle Church before being converted into a warehouse in the 1930s. It now allows Lavery's square footage to extend to host larger live music events. The exposed bricks, the holy history, and the sparsity of the space lends to the spooky vibe that Seaman is going for: "This is about bringing the music community together. All the bands dress up in costumes and we try to make it a Halloween bash to remember!"