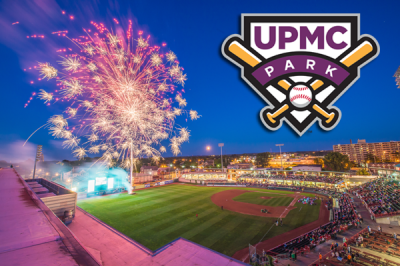 For the past 27 years, Erie has been a SeaWolves City. For nearly a decade, however, it hasn't been a Playoff City — at least not where its Minor League Baseball squad is concerned.

That changes tonight as the 'Wolves host their first playoff game at UPMC Park since 2013. Their opponent is a very recently familiar one in the Richmond Flying Squirrels, as the two teams squared off in the diamond just last week, splitting the series at three apiece. After losing Sunday's contest 3-1, the SeaWolves needed the Akron RubberDucks to defeat the Bowie Baysox in order to secure their ticket to the Eastern League Southwest Division Series, which will shift to Richmond on Thursday for Game 2.

Last Wednesday, Harrison pitched five strong innings for the Squirrels, surrendering just one run on four hits with six strikeouts (Erie would end up winning by a score of 5-3 after 11 innings).

Last Thursday, Olson had an uneven start for the 'Wolves, finishing his night after 4 and ⅔ innings having given up four runs (two earned) on two hits, including one home run in the eventual 8-7 Richmond win (12 innings). However, he did tally nine strikeouts, a feat he will certainly look to repeat or exceed tonight.

HOW THEY GOT HERE: Since 2019, the Eastern League has employed a split-season schedule format, which declares a division winner for each "half" of the regular season. The rationale behind this is that minor league teams tend to undergo far greater turnover rates than their major league counterparts, with some squads having totally different complexions in September as compared to April.

The Richmond Flying Squirrels were indeed flying high after the season's first 69 games with a 40-29 record, best in the Southwest Division. However, they lost a bit of the wind behind their membranous arm-flaps down the stretch, with a 26-42 mark — so bad that they actually enter this playoff series with a losing 66-71 overall record.

By contrast, the SeaWolves were much more consistent, with a third-place (39-30) finish in the season's first half and a first-place (41-28) finish in the second half — the 80-58 overall mark was best in the Southwest Division and would've locked down a playoff spot in a full-season format. Ironically, their opponent would've been the Akron RubberDucks (79-59), the very same team that bailed the 'Wolves out with their 8-5 win over Bowie on Sunday.

Bowie finished with the same second-half record as Erie (41-28), but the 'Wolves advanced to the playoffs as a result of tiebreakers.

Should Erie prevail in this week's best-of-three Southwest Division Series, they'll advance to next week's Eastern League Championship Series against the winner of the Northeast Division Series, either the Somerset Patriots or Portland Seadogs. Erie would host Game 1 on Sunday afternoon at UPMC Park.