A New Take on a Holiday Classic

Apollo's Fire will present an "interpretation" of Messiah at the Mary D'Angelo Performing Arts Center. 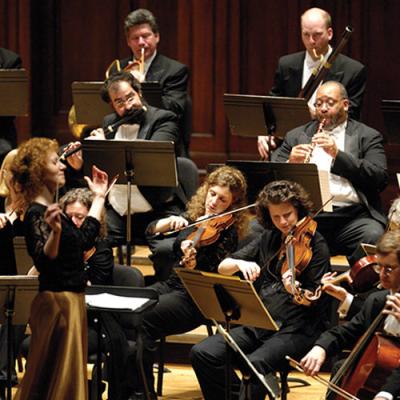 Perhaps not quite as instantly recognizable as "Frosty the Snowman," Handel's Messiah is equally synonymous with Christmas celebrations, and anyone who has performed in a choir around the holiday season will likely have learned a refrain or two. This year, on Dec. 15, Apollo's Fire will present an "interpretation" of Messiah at the Mary D'Angelo Performing Arts Center at Mercyhurst University.

​In 1992, ensemble founder, harpsichordist, and conductor Jeannette Sorrel brought a collective of musicians and actor-singers together under the moniker Apollo's Fire. And yes, the group was named for the classical god of music and of the sun. Sorrel wanted to create music with this collective that was "dedicated to the baroque ideal that music should evoke the various Affekts or passions in the listener." The group was established in northwest Ohio and today calls Cleveland home, while touring the passion and intensity of live baroque music throughout Europe and North America.

Apollo's Fire shapes Messiah into more than a mere concert. The performance is described as "taking a cue from Handel's original conception of the piece as theatrical entertainment," which takes listeners on a spiritual, musical, and historical journey, nodding to the intention that baroque music is more actively evocative.

Newcomers to this style of music should listen to "Handel's Messiah – A Theatrical/Spiritual Journey" to hear the blend of soaring voices, and to gain a sense of the epic work which will  be presented this holiday season. – Miriam Lamey