A New Voice in French Cinema Comes to Erie 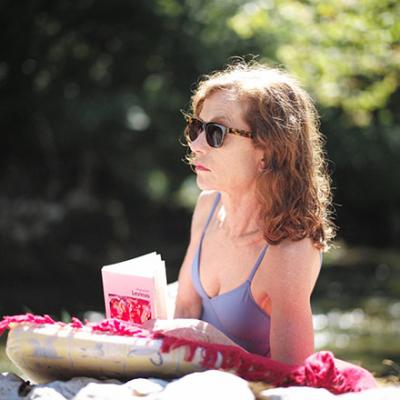 Mia Hansen-Love is a treasure to the world of cinema. At only 35 years old, she has already made her mark in film with deeply personal and heartfelt stories. From the gut-wrenching tales of All is Forgiven and The Father of My Children to energetic and relatable films like Goodbye, First Love and Eden, Hansen-Love has proved to be a vital new voice in French cinema. Now her newest film, Things to Come, is coming to Erie.

The story is about a high school philosophy teacher who suddenly finds that she has to reinvent her life after her husband announces that he is leaving with another woman. The film stars Isabelle Huppert, who just received an Academy Award nomination for her brilliant performance in Elle, and I have no doubt that this film will feature the same complex emotional intensity that Huppert has become know for.

However, for me, the most intriguing aspect of this film is the director. I was first introduced to Hansen-Love's films when I watched The Father of My Children, which then led me to check out Goodbye, First Love. I could tell that the latter was a deeply personal story, but she made it relatable enough that I felt an instant connection with the main character. One of the hardest things for a director to do is to merge the personal with the universal, and the fact that a director so young was able to do that was astounding to me.

So be sure to check out this exciting director's newest film at the Erie Art Museum. There's no doubt in my mind that she'll become one of the leading figures in French cinema in the years to come, if she isn't there already. – Forest Taylor