A Review of Galaxy Love

The 92-year-old secular rabbi of American poetry, ferocious and funny as ever. 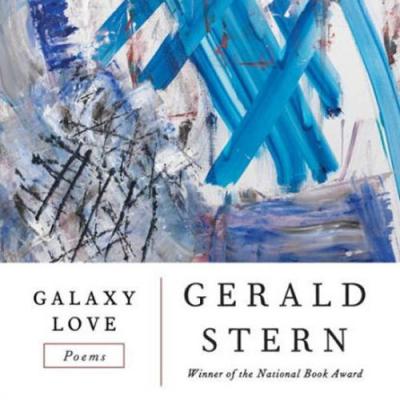 Not only does it beggar belief that a writer Gerald Stern's age remains both prolific and vital, but the Pittsburgh native's strongest poems' cantankerous refusal to tame rage into annoyance or exaltation into enjoyment stands as a rebuke to anyone who prefers art to behave itself – if such can rightly be called "art." I know devoted readers of poetry who have long disapproved of Stern's devil-may-care tone, sometime lack of rhetorical coherence, relentless name-dropping, and obsessional subject matter – black locusts, dead insects, long-gone political movements, and what he called in "The Dancing," one of his best-known poems, "beautiful filthy Pittsburgh, home/of the evil Mellons."

The thing is, they're correct, these readers, correct as far as correctness goes. Too often in Stern's recent collections, the poems hit their Stern-esque marks, giving his people exactly what he's taught them to expect, the poet finally easing into his La-Z-Boy after one of the last half-century's great runs of excellence.

Like all his best work, Galaxy Love once more gives us Stern in all his sprawling, polymathic, harshly compassionate contrariness. In poems that range from tender lyrics like the title poem (in which the speaker turns "the light off with the right/hand and gather[s]" the loved one "in close with the wrong") to self-lacerating elegies like "Bastards" to "Ecstasy," a poem whose gravitational field holds Hedy Lamarr, "Toyotas and Chevys," "the reason broken glass wouldn't do," and "a boundless absorption of the world" in nested orbits, to how "Poverty" in line after line yields paradoxical riches, Stern proves once again he's a consummate trickster, our latter-day Walt Whitman, and a contemporary Isaiah, even as he keeps arguing with every prophet you can name. His work here feeds the imagination as surely as the potatoes feed the speaker of "Pittsburgh Sun-Telegraph, 1939":

The one thing that kept me going above all else

were the potatoes we roasted in the burning ash

and for their sake I made one trip too many

on the three-bladed sled.

For me, Gerald Stern is one of a dozen or so writers absolutely necessary to living. His work has long since convinced me to forgive ahead of time whatever failures or flaws may come. Stern's poems could not have been made by anyone else, and very few practitioners of any art can say that.

The poems in John Repp's most recent chapbook (Music Over the Water, Alice Greene & Co., 2013) are set in or near Presque Isle State Park. He coordinates the Writing Concentration at Edinboro University and teaches courses in every genre the Concentration offers.