A Review of The Iraqi Nights

A contemporary Scheherazade caught between Baghdad and America. 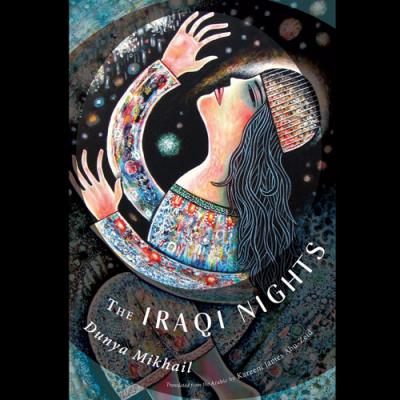 This collection's title sequence sets its tone: "While shopping for a gift for her lover, Tammuz, a contemporary Iraqi named Ishtar is abducted by "some masked men" who drag her into "the underworld through seven gates." On each of these gates, Ishtar writes a poem that helps tell the fragmented story of her love for both Tammuz and her homeland. The poems incorporate history, myth, and intimate lyricism, from the centuries that have passed "since Scheherazade told her tale" to the undimmed power of the Epic of Gilgamesh to Ishtar's hope that soon "chickens in the villages/won't peck at human flesh" to her certainty that Tammuz "would cross thousands of miles/for the sake of a single cup of tea/poured by my own hand."

Throughout Iraqi Nights, the clarity of the images and the measured pace at which they unfold repeatedly crack the reader's heart. In plainspoken lines that juxtapose everyday concerns with the horrors of war, the poems employ understatement to devastating effect, like many poems written in places and times of great suffering. Such an approach opens the way for humor, usually dry as dust, but occasionally broad, and always an embodiment of rebellion. We visit a bustling store that sells tears, where a woman "wants to return her bottle" because she "went back/and forth/between parking spots" instead of crying for a lost friend. The "monsters" in "Iraqis and Other Monsters" "rub their moustaches when they make promises" as "smoke pours out/of their massive noses." In "A Second Life," "we write poetry and pass away,/and need a second life/to know the critics' opinions."

Perhaps the most memorable stretch in a memorable book is the 24-poem sequence entitled "Tablets," in which haiku-like passages share the page with visual elements hard to characterize yet compelling as all get-out. A rough-and-ready combination of Arabic calligraphy, abstracted images reminiscent of hieroglyphics, and sketches that recall comics panels, Mikhail sets up a conversation between forms that's mutually enriching. On my current favorite of these pages, a two-line poem hovers above a drawing in which petroglyphic fish, a scribble of a woman balancing a jug atop her head, two hands reaching toward one another, and several other elements fulfill the poem's vision:

My heart's quite small:

That's why it fills so quickly.

To paraphrase Walt Whitman, the human heart contains multitudes. Iraqi Nights deserves a place among the books that prove this permanent truth.

The poems in John Repp's most recent chapbook (Music Over the Water, Alice Greene & Co., 2013) are set in or near Presque Isle State Park. He coordinates the Writing Concentration at Edinboro University and teaches courses in every genre the Concentration offers.