A War of Words

Why violence? Words are weapons too. 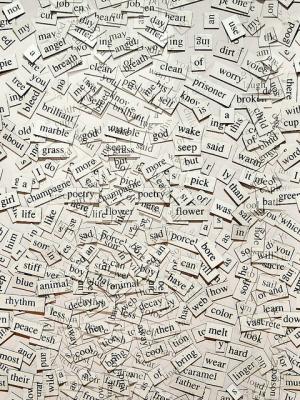 Violence is disturbing. Whether it's gun violence in the city or fistfights in a field, we're often left asking ourselves and our communities about alternative actions.

Monday night in Edinboro was no exception.

It's natural that we search for solutions, for reason, for meaning in these experiences, but I can't help to think about the lack of dialogue that often surrounds such violence.

In a society that values actions and imagery over words, we forget that words are weapons too.

In many ways this is indicative of larger problems in society, from the federal government's doctrine of preemptive strike to the lack of communication that parents have with their children.

Throughout the history of the modern world, we've seen words solve problems.

Kennedy and Khrushchev resolved the Cuban Missile Crisis through clandestine communiques that signaled a propensity for change rather than for destruction.

The streets, however, are not the sites of foreign policy debates with spotlight negotiations. Nevertheless, there was an era when hip-hop resolved many interpersonal problems and shaming an opponent with words and ideas in lyrical rhyme put to rest the notion of violence. Only the thugs with no ability to marshal thought and presence reverted to violence.

During the course of the past forty years, social scientists have recognized that parents use less words with their adolescent children. They've also found a direct correlation between how much positive speech parents use and children's ability to develop social and academic skills later in life.

Neil Postman famously blamed television for dulling our oral capabilities. We were Amusing Ourselves to Death and diminishing our ability to curate attention and thought.

But in many ways the television became a scapegoat for socioeconomic problems for which there is no easy solution.

In our community, politicians and pundits alike have blamed cultural phenomena, like hip hop, as well as more chronic social problems, like drugs and alcohol abuse, for the spate of violence that continues to plague our community and communities like ours across the country.

But what if every bullet, every punch, came with a well paired adjective? That would be a war worthy of a twenty-four hour news cycle.