There is a little-known, but instrumental program in Erie known as the Maria House Project, which helps men recover from the effects of drug and alcohol abuse, imprisonment, homelessness, and/or mental illness. 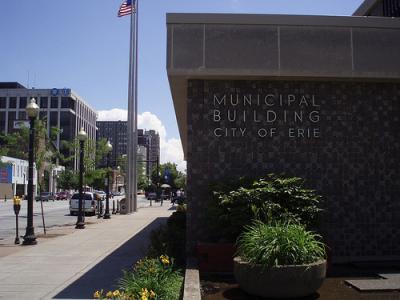 There is a little-known, but instrumental program in Erie known as the Maria House Project, which helps men recover from the effects of drug and alcohol abuse, imprisonment, homelessness, and/or mental illness. It was founded by Monsignor James Peterson, and today helps upwards of 35 men daily. The foundation of the program requires a 90-day minimum stay but provides continual treatment, counseling, education, and housing throughout their time there. Jack Sherlock once took part in this program, and is still a strong proponent of the work Maria House does.  He is also 17 years sober.

"I am a graduate of Maria House," he tells me. "'Father Pete,' as we so affectionately call him, helped me when I came out of prison several years ago." He goes on to explain that the program is based in "the Lodge," which is a farm that is located in Warren County. It is designed mainly around the Alcoholics Anonymous (AA) program but offers different programs—some spiritual, some more practical.

And although Father Peterson is Catholic, none of the men are required to accept Catholicism into their lives. "It's a very isolated experience, which is what we need," Sherlock adds. "There are no cell phones, and we have very little contact with others outside of the program. We generally would go to two treatment or counseling sessions in the morning and in the evening attend an AA meeting."

On the 'practical' side as Sherlock states, everyone is required to take up a particular task. "We all have our own chores. The program is run on a farm, so the men will take care of crops or animals; however, I was the cook, which was a new experience for me. But throughout all my experiences, Father Peterson never worried about us—he always believed we would ultimately turn out okay."

Father Peterson himself has been in prison ministry for more than 50 years. At the young age of 87, he is celebrating his 65th year as a priest, and although retired as the executive director of Maria House—Joe Tarquinio now heads the program—he still stays active. In addition to his work locally, annually, he spends one week at Rockview Prison, near Penn State University Park and helps the men there. According to Sherlock, "He feels it's his one mission in life – to help people get back on their feet."

Think this might be an organization you would be interested in supporting?  Well, on Friday, May 25, the Giuseppe Mazzini Civic Association will be hosting its fourth annual "Spring Fling Dance" at Rainbow Gardens. And this year, the Maria House project is the beneficiary. This annual BYOB event is almost always a sell out (read: 1,000 in attendance) and features a line-up of six (yes, six) different bands playing a variety of music from different eras: Ruby Port, the 4-Jays, Blues Beaters, Matty B and the Dirty Pickles, Twilights, and the Neighborhood Boys.  The Master of Ceremonies is Lou (or better yet, "Looooouu") Baxter and the event runs from 8 p.m. to midnight. Tickets are $15 per person, and reservations can be made by calling 868.0160.

Rebecca Styn can be reached at rStyn@eriereader.com