Presque Isle Downs and Casino is celebrating its 5th Anniversary. They offer much more than just slots, tables, and races. 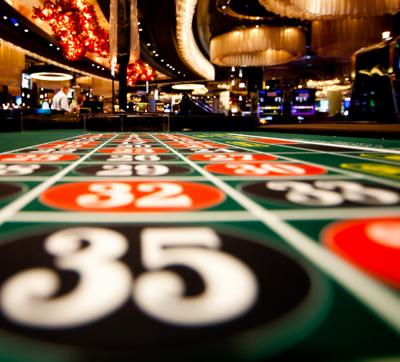 Gambling: the sure way of getting nothing from something.

American playwright Wilson Milner said it best when he said this. Honestly, in all the times I've been to the casino, I can count on one hand the times I came out winning. Now, I realize this is not a great way to begin writing a piece intended to inspire people to head up to our beloved Presque Isle Downs—which actually is my intention—but then again, that's really not the reason we go to the casino.

Okay, so that's a lie. However, that might only be a lie because we don't take advantage of the other great things happening up there. And since the casino is celebrating its 5th anniversary, I figure why not take 500 words or so to tell you about it.

First, I realize that many of us—because I'm one of them—do enjoy the sights and sounds of the slots, or trying our hands at the card games. But did you realize that they also host six lounges and a variety of entertainment? And let's not forget live and televised horse racing. On the particular night I was in attendance, aside from the rare instance I actually won some cash, I sought out Sensory 3 for a little grub. Sensory 3 is a little different than the rest of the bars or restaurants that call the casino home. It's nestled deep within the walls, and you can only get to it through a secret passageway down a long dark tunnel. Okay, that might be a bit much, but it really is out of everyone's view.

Once inside, the room offers abundant lounge and table seating and is set off by dark candlelit lighting (playing yang to the bright lights of the casino floor) and is surrounded by screens that show old black and white films (until they open it up as a club later in the night). It's a far cry from the elite steakhouse that once called that location home. And although they still have some pricier items on the menu, there's a variety of delicious tapas-style dishes that cover the gamut in portion and price with everything from stuffed mozzarella to fried green tomatoes, to dishes of jumbo lump crab drizzled with warm butter served with toasted baguettes and garnished with red pepper flakes and other spices—can you tell that's my favorite?—alongside, of course, other glorious entrees.

And aside from the great food, there's always great music. They host many local bands that have their own cult following—the M80s and Geek Army to name a few—but they also bring in national acts, like critically acclaimed country music artist Chris Higbee and the Clarks, the kick-ass rock band who has sold over 300,000 CDs and tours nationally today, selling out larger venues and has been together over 20 years, both of whom will be performing this month at the casino.

Also, there's something else I need to tell you: we're going to have some competition in this area. If you've been reading the papers at all, you'll know that Cleveland will soon be opening (this May) the Horseshoe Casino in their downtown Tower City complex. And if you didn't know, PI Downs draws upwards of 40 percent of their customers from Ohio. That could make a pretty big ding on the welfare of this business.

So, in essence what I'm telling you, is they need you…to come up there and enjoy all they have to offer beyond the tables and the tracks because there's much to experience outside of gambling. But, if you do decide to place a bet, remember to spend wisely, because after all, there is a group called Gambler's Anonymous and that's one group we don't want any of you to have to join.