Anti-Flag, being the historic, iconic, almost legendary band that they are, has a chance to expose more new people to the scene than any show to date at the new Basement Transmissions. 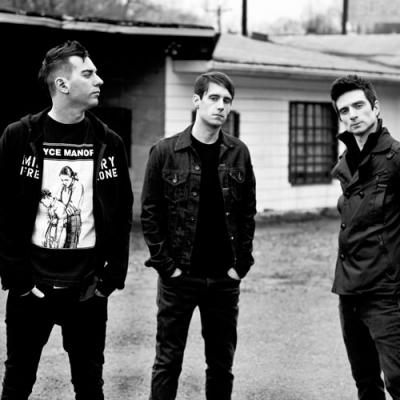 Pittsburgh's political punk rockers Anti-Flag are coming to Basement Transmissions on Saturday, June 27, the band's first time back in Erie since 2007.

Formed in 1988 and still kicking, Anti-Flag is one of the few punk bands to experience longevity, and are on an even shorter list of those with a major label, when they signed a two-album deal with RCA Records in 2005. The band has been a mainstay of the punk community for over two decades, never wavering from their sociopolitical messages, with a discography filled with anti-war themes, criticisms of the government and police brutality, and taking shots at the status quo.

But the impact and importance of Anti-Flag doesn't need to be explained to even the most general punk fan.  What should be said though is the importance that bringing them back to Erie has to our scene, especially now. Anyone who's been around the Erie scene for a while knows that the scene isn't as strong or vibrant as it used to be in the early 2000s. Erie once was a hub for alternative styles of music, and bands from far and wide made sure that Forward Hall and The Hangout were on their tour itinerary. After those venues closed, the scene started to lose some footing. And that's where Basement Transmissions stepped in.

Everyone gets excited when a popular band comes to town, but a local scene can't survive on big shows alone. Sure, they bring out a lot of people, and everyone has a good time, but it's what happens when the shows are over that's the most important for a local scene to grow.

While filming a documentary about the Erie hardcore scene for a class project a few years ago, I got the chance to interview a lot of people who were around for the "glory days" of Erie's underground scene. Almost every one of them mentioned to me one show or another where they went to see their favorite band, and were handed a flier for a smaller show featuring local bands. One show becomes another, they bring some friends, they start going to shows, and the next thing they knew, they were part of a strong, supportive community that allowed them to grow and thrive as a scene.

The big shows have somewhat of a snowball effect on the outcome of smaller shows. Bands that draw a larger audience give the local scene a place to be heard by people who otherwise might not give it a thought. The last few months have seen Comeback Kid, Expire, Counterparts, and Defeater come to BT and expose new people to the scene, whether it was through an opening band, or a flier for an upcoming show. Anti-Flag, being the historic, iconic, almost legendary band that they are, has a chance to expose more new people to the scene than any show to date at the new BT, and that is why this show is such a big deal.

Facebook invites and Internet articles can only do so much. To really learn and experience what the Erie scene has to offer, you have to come to the show. – Tommy Shannon