by Cory Vaillancourt
View ProfileFacebookTwitterGoogle+RSS Feed
May 4, 2012 at 8:23 PM 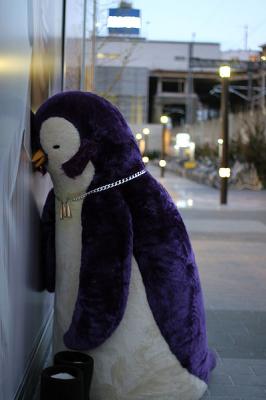 If you don't believe that meteorological phenomena like warm weather and full moons have an effect on the amount of crazy most people are willing to brandish on any given day, have I got a story for you. According to @ErieAlerts, the following series of events took place in Erie today:

The Erie Police Department was dispatched to East 41st and Lewis Avenue about 5 p.m. this afternoon because there were "people intoxicated, [and] getting out of hand." A short time later, @ErieAlerts tweeted "party going on, EPD shut it down."

Shortly thereafter and just blocks away, a group of likewise meteorologically enhanced young people also courted attention from passersby, as well as from the Erie Police Department. EPD was "dispatched to 4100 Pine Avenue, 5 drunk college students. Apartment sign says, 'you honk, we drink.'"

A few minutes later, @ErieAlerts tweeted, "EPD advised students to take the penguin suit off and move sofa back inside."

It's going to be an interesting weekend, Erie.