by Nick Warren
View ProfileTwitterInstagramRSS Feed
May 12, 2021 at 1:30 PM 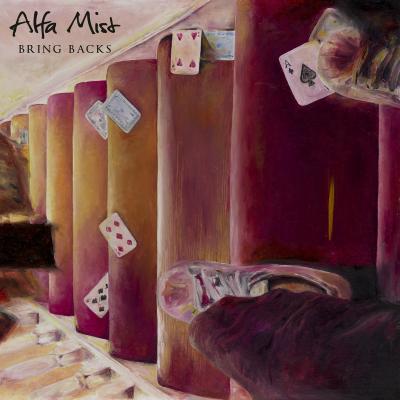 Do you need to relax? Do you kind of like jazz? Put on this album today. *Bring Backs is the latest solo studio album for Alfa Mist. The London-based pianist and producer is a self-taught musician, though this album — and his entire catalog in general — displays a highly educated sense of inventive musicality. Like his 2017 debut album *Antiphon and his 2019 follow-up *Structuralism, *Bring Backs is bursting with luscious tones and a laid-back vibe that's worth examining, having gathered inspiration from throughout the decades. Whether you're putting it on as background music or fully indulging in every tone, listeners will love what they find. While it's not a far cry from his earlier work, *Bring Backs is an exemplary piece in the burgeoning canon of nu-jazz. The album is stitched together by the poetry of Hilary Thomas. A heartfelt and glowing addition to the record, Thomas' words float along like magic against the backdrop of Alfa Mist's lo-fi tones and Fender Rhodes sounds. Is it groundbreaking? Perhaps not, but it may just be the perfect soundtrack to the mood you're looking for.