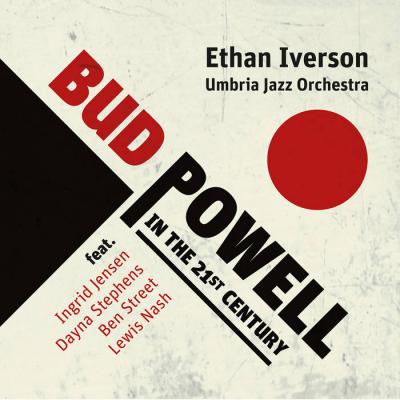 During the 1940s and '50s, Bud Powell was to jazz piano as his contemporary Charlie Parker was to jazz saxophone — a revolutionary. Whereas other pianists of the day strode steadily with their left hands, Powell peppered in chords unpredictably, accenting the rapid-fire single-note lines of his right. Embracing rhythmic and harmonic complexity, improvisation, and all-around unpredictability, bebop represented jazz's next step forward. Powell's life was a whirlwind, too — marred by alcoholism and the psychological and physiological aftereffects of a brutal beating at the hands of police officers alongside a Philadelphia railroad in 1945. Despite his personal tragedy, his music remains a creative triumph, strongly evidenced here by former Bad Plus pianist Ethan Iverson with the backing of the Umbria Jazz Orchestra. Reinterpreting Powell's quintet recordings in a big band context (with a featured quintet of his own), Iverson achieves consistently compelling results, ranging from the breezy "Celia" to the spindly "Tempus Fugit'' to the menacing "Un Poco Loco." Two years shy of what would've been his 100th birthday, Iverson proves Powell's music definitely belongs in the 21st century.