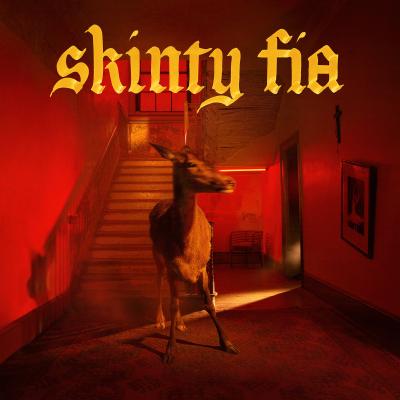 Fontaines D.C. has always been overtly Irish — just look at their name (Dublin City) — but on their third full-length, Skinty Fia, the premier lads of post-punk wrestle with exactly what that means. In fact, the album's title loosely translates to "damnation of the deer," a description of how it feels for the Dublin band to now be largely based in London. Fortunately, you don't need to be Irish to recognize not only their most ambitious record to date, but also their most emotionally vulnerable.

Vocalist and frontman Grian Chattan delivers on the promise of post-punk vocals for better ("Big Shot," "I Love You") or for worse ("How Cold Love Is," "Nabokov"). But what really sets Skinty Fia apart is its willingness to abandon the genre the band's work is founded upon. While "Jackie Down the Line" is a great Fontaines song and a perfect lead single choice, the band really shines when they tap into Mazzy Star and other '90s shoegaze on "Bloomsday," or when they experiment with industrial percussion on the album's title track. But the most stunning moment comes on "The Couple Across the Way," a simple accordion track addressing the way relationships can disintegrate over time.