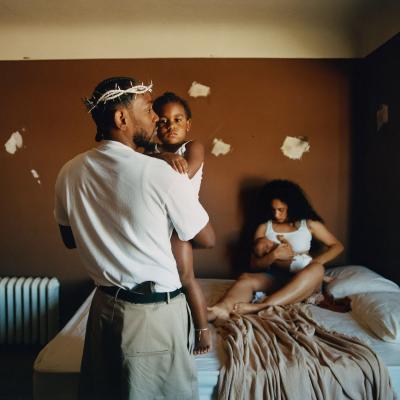 Look into the genres tied to Mr. Morale & the Big Steppers and "conscious rap" is bound to make an appearance. While genres can be limiting, it is true that Pulitzer Prize winner Kendrick Lamar no longer shows up without something to say. It's been five years since DAMN., a polarizing but largely successful project, and since then, the world has continued to change. #MeToo, COVID-19, and the George Floyd protests have all in one way, shape, or form affected Lamar's worldviews and thoughts on the cycles of abuse we, and particularly people of color, have to deal with; this is the dense message presented on double album Mr. Morale & the Big Steppers.

Listeners be warned, it arrives with a caveat; the album features a number of appearances from accused rapist Kodak Black, which is enough to make many turn away (and with good reason). It's not Lamar's place to forgive him, but by using these appearances to signify the way abuse can form us into abusers, he challenges those that would prefer to see the world in black and white. Lamar delivers thoughtful musings on fatherhood ("Father Time") and transphobia ("Auntie Diaries"), culminating in a penultimate thesis statement that doubles as one of his strongest moments, "Mother I Sober." — Aaron Mook