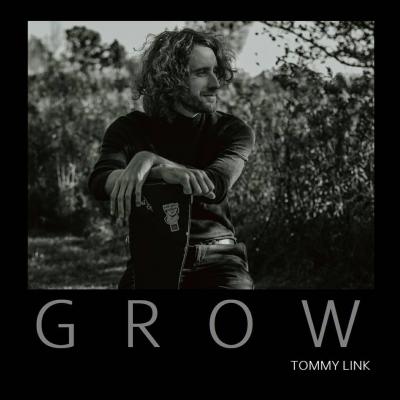 Tommy Link is a dyed-in-the-wool troubadour of the highest degree. He's been honing his craft for years, from his full-band work with Strangers and Liars up to his latest solo album, Grow. Successfully funding the release of this album through a modest Kickstarter goal, Link exceeded his target, releasing Grow in physical form (as well as digitally via Spotify, Apple Music, etc.). There's an almost theatrical nature to this album in particular, harkening back to an older generation of singer-songwriters like Harry Chapin and Jim Croce. It's an album worth memorizing, and one that easily grows on you. Link is a well-seasoned storyteller beyond his years (who in full disclosure also happens to be a gifted cartoonist for this very publication), full of passion evident in nearly every one of Grow's ten tracks. Not content with just an acoustic guitar, there are hints of softly overdriven electrics, pianos, and tasteful percussion throughout the record. The first few tracks start strong, with extremely memorable hooks and choruses. One of the highlights is "The Badge," a politically-tinged standout. The passion stays true until the final notes of the titular track, showcasing one of Erie's best songwriters at the top of his game.
— Nick Warren