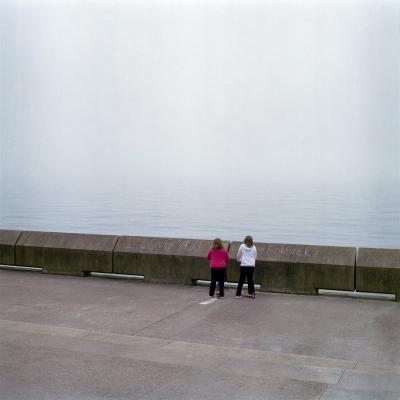 The London-based four-piece TV Priest returns with a wry and rollicking new album. One thing that stands out on their sophomore release is that they stepped up their production and adopted a less angular sound. Whereas their debut album Uppers showcased muddier textures reminiscent of The Fall, My Other People tilts more in the direction of bands like Joy Division and Bloc Party. There are still plenty of fuzz-toned songs with manic preacher style vocals from Charlie Drinkwater on tracks like "Unraveling" and "I Am Safe Here" that fans of the debut will enjoy, while "Bury In My Shoes" and "It Was Beautiful" are strong indie-pop tunes with a "cleaner" aesthetic. Another change was the use of acoustic guitar on several tracks to accent intros and outros, cohesively connecting the various styles and influences that TV Priest are trying to incorporate. A great example is the chaotic ending of "Bury In My Shoes" flowing into the Sonic Youth-esque "Limehouse Cut," leading into the acoustic intro of "The Happiest Place On Earth." TV Priest proves that you can still have a distinct sound all while exploring new territories.