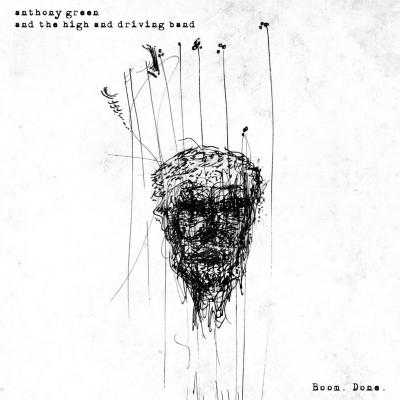 At this point in his career, Anthony Green has to be considered one of the most consistent singer-songwriters to come out of his scene. From his short but fondly remembered time with Saosin to Circa Survive and his now decade-long career as a solo musician, Green hasn't taken a break in over 15 years; that's quite the feat, considering he has not only become a father to three, but has worked unimaginably hard to get clean after a number of stints in rehab. It's not the kind of thing I write about lightly, but it's nearly essential knowledge going into his newest album, Boom. Done.

On Boom. Done., Green sounds invigorated in a way he hasn't since 2014's Descensus. Equal parts challenging and triumphant, he finds a way to turn his recent lows into songs that reaffirm his gratefulness to be alive, and if that's not enough, they feature some of his strongest hooks to date. In addition to the quality fans have come to expect, he also manages to tread new ground here, verging into slow, borderline R&B-tinged melodies on highlights "Maybe This Will Be the One" and "Pleasure of the Feast," resulting in one of the most varied and exciting albums of the year.