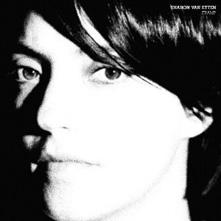 Since 2004, of Montreal has been Kevin Barnes' personal project, writing and recording the majority of the band's content. On "Paralytic Stalks," Barnes' could use some help. The nine-track, 58-minute album sounds like the work of an artist with way too much on his mind, exhausting the listener with constant shifts. Much like incorrect puzzle pieces being forced to fit together, "Stalks" is full of fragments being tossed together to make a complete track. The first half of the album exhibits enough of Barnes at his best – driving basslines, melodic hooks, unhinged falsetto – to make the jarring compositions work at times, but "Stalks" falls flat over the second half. While a pair of the final four tracks start off fairly well, all devolve into seven-plus minutes of unpleasant atonal noise that, instead of rewarding on successive listens, just wastes your time. ~ Alex Bieler

After finishing the musically expansive three album "Island Arc" with 2010's "The Golden Archipelago," Shearwater reigns their sound in on "Animal Joy." The spare guitar riffs and spacious sounds are still present on the new album, but "Animal Joy" cuts down on the grandoise dramatics and streamlines many of the tracks, resulting in something much more accessible. Frontman Jonathan Meiburg's unique voice shifts to fit the mood of each tune, sounding troubled in "Dread Sovereign" and hopeful on album opener "Animal Life." Despite the trimmed down approach, "Animal Joy" still has a taste of dramatically orchestrated pop with "Insolence," a six-plus-minute burner that leaves Meiburg howling. The album does run a bit long, as "Animal Joy" revisits ideas from other songs without building too much upon them, but Shearwater employs an appropriate amount freedom in their orchestrations to draw in the listener. ~ Alex Bieler

Despite the critical approval and a bevy of indie music luminaries appearing on her newest album, Sharon Van Etten still sounds unsure of herself. This isn't a bad thing, however, as "Tramp" acts as a musical confessional for Van Etten. With The National's Aaron Dessner producing, "Tramp" features dense instrumentation to support, but never overwhelm, Van Etten. Each song carries a fragility to it, as Van Etten seems to almost whisper her words, even when the volume builds. Even with the added production and help from Beirut's Zach Condon and Wye Oak's Jenn Wasner, each track revolves solely around Van Etten, as though she's telling you her story personally. While the narrative could easily turn into sob story, Van Etten buoys "Tramp" with her honesty, targeting both her insecurities as well as those that helped develop them in a gorgeous 12 tracks. ~ Alex Bieler

Some people will pick up this record because they recognize Hugh Laurie as that guy from that show. Some people will laud the album solely for that reason too. Because of Laurie's acting fame, people will indeed talk about this album since celebrities crossing media isn't all that uncommon. But Laurie came to music before acting, which gives his approach a naturally warm and welcomed feel since familiarity rings out in every note. Playing piano since the age of 6, Laurie's developed a deep appreciation for the blues, and in the liner notes, Laurie confesses that he's a white Englishman "openly trespassing on the music and myth of the American south." In his debut album, he proves he knows the terrain well. The list of musicians Laurie collaborates richly adds to his endeavor but the real success comes from his true talent as a musician and a singer and true bluesman, which leaves his work to speak for itself. ~ Ben Speggen