by Nick Warren
View ProfileTwitterInstagramRSS Feed
August 30, 2022 at 11:45 AM 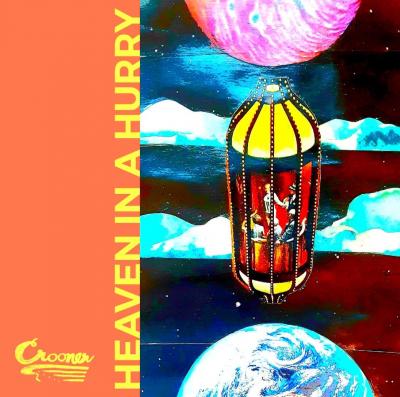 Easily one of the most well-hidden gems in Erie, Crooner has crafted another remarkable album with their sophomore release, Heaven In A Hurry. Similar to classic albums, it's brilliantly front-loaded, with its opening tracks "Voice Of God" and the titular second track being some of the best indie-pop to come out of the area in this reviewer's memory, followed by the earworm of "Better Ways." If you're a fan of any bands ranging from The War on Drugs or Jimmy Eat World, you'll find solace among these 13 tracks. The band is composed of prolific singer-songwriter Teddy Rankin and fellow music critic Aaron Mook, joined by Brian Kinney, who all sharing writing credits on the record (as a band, they are joined by Travis Mook, who does not appear on these recordings). Building upon songs the band shared following the release of their debut album We're Gonna Live Forever, the band found themselves in a new situation following the pandemic. The results are astounding, a subtle and elemental array of gorgeous and lush vocal harmonies against a spectacular spine of genius songwriting. The end product is endlessly listenable from the aforementioned early cuts to the cinematic feel of "In The Shade (My Hidden Beach)."