by Nick Warren
View ProfileTwitterInstagramRSS Feed
March 14, 2022 at 10:00 AM 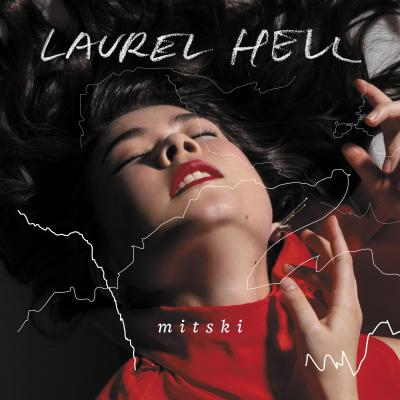 Anyone who knows me knows how much I absolutely adore Mitski. I'm quick to note that out of the four perfect five-star reviews I've given since 2017, two of them have gone to Mitski albums. Laurel Hell doesn't make for a third perfect record (or should I say, a fourth, as I was never officially able to cover Bury Me at Makeout Creek), but it's certainly no slouch. In my opinion, this is the fourthbest (of six) offering out of the artist's nearly untouchable discography. Confusing numerical rankings notwithstanding, a "decent" Mitski album is still far better than nearly any other out there. It starts off softly, in step with past openings, yet fails to gain steam for a curious bit (despite the excellence that is "Working for the Knife"). The strongest, and most memorable points come during the middle section of the 11 tracks. From "Heat Lightning" to "Should've Been Me," Mitski taps into an '80s sound, exemplified by "The Only Heartbreaker." An uptempo dance number, it's easily my most-played song of the year so far. From its very first seconds though, Mitski's lyrics are dense and darkly entrancing, assisted by her longtime producer and musical collaborator Patrick Hyland to make a synth-heavy opus of the highest order.