Albums of the Year 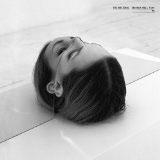 Good albums feature at least a couple of songs you can play on repeat without tiring of them along with a handful of other tunes that you won't skip over but may lose track of later, once the record sits on a shelf and collects some dust. Great albums, on the other hand, capture a feeling — each composition working together as a collective unit to express a particular mood and leave you with the feeling that you just experienced something special. The Arctic Monkey's fifth effort is one of those albums, and that feeling is one of heartache peppered with desert-noir rock that was left on the backburner to stew. Steamy slow burners, like "Do I Wanna Know?" pack just as much heat as fuzz-laden guitar boilers like "R U Mine?" Best of all, the Monkeys are evolving and AM captures that growth without losing that base of raw English-pub rock that got them noticed in the first place.

Brian Graham: The National — Trouble Will FInd Me

In May of this year, two weeks before the release of Trouble Will Find Me, my soon-to-be fiance and current wife surprised me with tickets to see The National perform at MOMA PS1 in Brooklyn. And by perform, I mean playing their brooding High Violet churner "Sorrow" in a geodesic dome for six hours straight. It was more performance art than concert, and we watched them play flawlessly for an hour before we got restless and left.  But instead of getting restless, the band went into a meditative state and played with focused energy and confidence for six hours with no breaks. Less than a month later The National was playing to over 15,000 adoring fans at Brooklyn's Barclay Center in support of Trouble Will Find Me.

Trouble Will Find Me is a lush, beautiful album, with the Dessner brothers weaving delicate guitar melodies around the Devendorf brothers' driving rhythms and Berninger's thoughtful, melancholy, voice. There's always a touch of sadness in his lyrics, but the more you listen, the more you pick up on subtleties, puns, and dry humor. In the song "Demons," he admits that he is "secretIy in love with everyone he grew up with;" in "Pink Rabbits" he claims to be the "television version of a person with a broken heart" and in "I Should Live in Salt" he is requesting to be mummified — as far as I can tell.

If you're interested and have a free afternoon and early evening, you can watch the entire six hour performance of "Sorrow" on YouTube, but I recommend checking out the 55 minutes of aural bliss that is Trouble Will Find Me. Berninger has stepped up as a voice for post 9/11 New York, and he has one of the best bands in the world backing him. There's no stopping The National at this point.

For me, no album in 2013 delivered more than this one. Indie darlings turned festival-headlining art rock gods Arcade Fire reach new heights with their fourth and, in my opinion, best album. That's saying something, considering my undying love for this band and their first three incredible offerings. But with the addition of new producer and LCD Soundsystem mastermind James Murphy, Arcade Fire didn't simply hit a new high with Reflektor, they actually seem to have reached a new starting point from which to launch themselves into the next chapter of their lives and their music. The truth is, they raised their bar so high with 2010's Grammy winning The Suburbs, it would've been easy for them to rest on their laurels and mail something in this time around. The opposite happened. They brought in Murphy and in secret crafted one of the most ambitious, epic albums of the year. The beautiful evolution of Arcade Fire continues on Reflektor, don't miss out.

This past summer we were up all night to get lucky – enough so that by fall, all of us were ready to crash and burn (and maybe give that song a rest). But if you haven't heard the rest of the album, you're missing out. While one may never think to describe digital as vast and varied (as much is often repetitive), many of the songs rollercoaster through tempo – and include a bygone-era influence of '70s blues-based rock and soul. "Lose Yourself to Dance" takes you on a virtual soul train as it crashes into today's digital music scene. And Julian Casablancas cameo on "Instant Crush" makes it clear that Daft Punk is probably better at writing Strokes songs than, well, The Strokes currently are. While some of the songs are a little long, most of them offer something unique to the listener – a message, a catchy tune, or even a memory to decades past.