New, for you, from Kurt Vile, James Blake, and Depeche Mode, plus, local hip hop from Dommy Doo & Neiman.

Wakin on a Pretty Daze

If you were to pair up musicians with different trips, Kurt Vile would be akin to a summer drive along a 25-mph parkway littered with trees, the sun shining through the leaves as your fingers float through the breeze. "Wakin on a Pretty Daze," the Philadelphia rocker's latest solo album, continues along with Vile's brand of laid-back fingerpicked rock, with songs often stretching past the eight-minute mark. Still, even as Vile's unhurried voice meanders along, the album certainly doesn't feel like it drags. In fact, multiple listens lead to lively discoveries – fun guitar flare-ups here, amusingly wise-ass lyrics there – that keep "Wakin on a Pretty Daze" from floating too far into the background. Vile's newest effort plays out like a stoner's summer dream, although the easygoing rocker playfully chides "You'd think I was stoned, but I never as they say 'touch that stuff'" in closer "Goldtone." Either way, it works. ~ Alex Bieler - 4 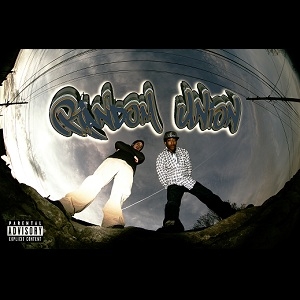 The current state of hip-hop for those of us who lived through the ATCQ days is bleak and disappointing; 95 percent of hip-hop albums feature either strong vocalists atop laughable tracks, or weak vocalists hiding behind serious beats and samples. Luckily for Erie, "Random Union" – a self-released 26-minute album made in a week at 36th and Regis by local guys Dommy Doo and Neiman (whose real name is Marcus. Get it?) isn't one of those. The lyrics are delivered smoothly, complimenting rather than competing with cleverly utilized samples, especially on "Get Aboard," which features the ingenious use of a sample from MGMT's "Electric Feel." They're pretty good live, too – give this album a spin and you'll be making definite plans to get together with Random Union. ~ Cory Vaillancourt - 3.5 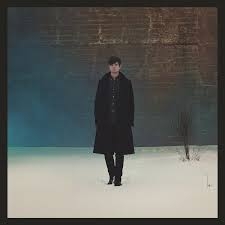 At just 24 years old, British crooner James Blake has made an impressive impact in the music community, already scoring a Mercury Music Prize nomination and an award for the best album from the United Kingdom and Ireland, along with making many critics' yearly top-10 lists for his 2011 self-titled debut. Still, on his follow-up album "Overgrown," Blake sounds like he's still learning on the fly, where the talented electro-gospel artist is oftentimes found experimenting with sections of his songs, repeating them over and over while altering them to create something new along the way. Sometimes Blake's tests work, creating soulful spacious pockets within a single song while the following shift feels out of place, much like the RZA-assisted "Take a Fall for Me." Still, when Blake's on, like with stellar single "Retrograde," the young artist shows just why he's garnered so much attention this early on. ~ Alex Bieler - 3.5 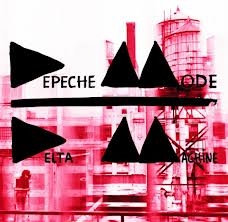 "Slow, slow… slow as you can go," croons Dave Gahan on the appropriately titled "Slow," the six song comma-ing 13 new tracks on Depeche Mode's 13th studio album. But the song serves more as an exclamation point than a comma, signaling to the audience the most exciting bits of the album: its slow nature – it's very slow nature. "So I can feel all I want to know… Slow, slow – I go with your flow," finishes the phrase of the album-epitomizing track. From religious undertones to sexual overtones, from blues to gospel to synth-driven drizzle, "Delta Machine" feels mechanical and far from an alpha attempt. "Slow, slow… slow as you can go – I want my senses to overflow" Gahan continues, "Slow, slow… It doesn't show," he finishes. But  it does show, though, and as "Delta Machine" falls short of the band's prior work, and ultimately  disappoints.  ~ Ben Speggen 2.5