The Avett Brothers, Cat Power, Animal Collective, and Divine Fits all reviewed for your listening pleasure. 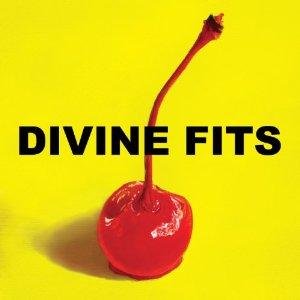 The Avett Brothers
The Carpenter
Universal Republic
The Avett Brothers are back at work on "The Carpenter," the band's seventh full-length album and the follow-up to 2009's "I And Love And You." Album opener "The Once and Future Carpenter" begins with delicate finger-picking but moves to a fuller mash of drums, bass, and organ to then close with gentle piano, epitomizing what you'll find here: introspective, raw emotions infused with pulses of celebration punctuated with sadness and contemplation ("Winter in My Heart") to heel-clickin', foot-stompin' everyone-to-the-dance-floor barnburners ("Pretty Girl from Michigan"). Lead single "Live and Die" is radio friendly – from the catchy chorus to the slide guitar in the back – but songs like "Paul Newman vs. The Demons" stand out as louder, unexpectedly heavy yet good surprises. "Carpenter" manages to retain the characteristics fans have come to appreciate while deepening the Avett's catalogue, making the three-year gap between albums worth the wait.   4.5 / 5 - Ben Speggen

Cat Power
Sun
Matador Records
It's been six years since Chan Marshall, better known as Cat Power, released her last album of original material, and the time sure made a difference. On "Sun," Marshall eschews much of the Delta blues and slow-moving soul that highlighted 2006's "The Greatest," instead employing a much more up-tempo sound built around electronic textures and synths.  While the shift in style may be striking for those more used to "Cross Bones Style" or "Lived in Bars," what's even more interesting is how confident Marshall sounds throughout "Sun." On earlier albums, the Georgia-born songstress could sound downtrodden and, at times, fragile. Given how much Marshall's smoky voice can carry a song, like on "Manhattan," this change has a remarkable impact on "Sun." Now, she seems completely self-sufficient, trusting in her abilities more than ever before, at least when she was in the studio. 4 / 5 -Alex Bieler

Animal Collective
Centipede Hz
Domino
Mere seconds into "Centipede Hz," the Animal Collective is kind enough to greet you, proclaiming in robotic tones that "this is the new Centipede FM." While the statement is fairly obvious for most listeners, the statement is a sign that this is definitely not the new "Merriweather Post Pavillion." Instead of the more accessible, pop-driven sound of the critical darling "Merriweather," "Centipede Hz" is a return to more experimental roots, and the results are mixed. While seemingly a mess of sounds and samples at first, time shows that Animal Collective's latest effort has solid, grounded base, especially on tracks such as the standout psych-folk piece "Rosie Oh." However, the album's overall length and schizophrenic song constructions don't necessarily pair up well. Animal Collective reviews tend to either hail cries of perfection or decry the band as a mess, but "Centipede Hz" ultimately lands somewhere in between. 3.5 / 5 -Alex Bieler

Divine Fits
A Thing Called Divine Fits
Merge Records
While you could call Divine Fits an indie supergroup, don't let the band's members hear you saying that. While supergroups sometimes get generally categorized as a lesser side project, Spoon's Britt Daniel and Dan Boeckner of Wolf Parade fame are taking the new band very seriously. With New Bomb Turks' drummer Sam Brown in tow, "A Thing Called Divine Fits" is, unsurprisingly, much like a Spoon album with dashes of new wave thrown in for good measure. While some songs seem like extra tracks that couldn't make the cut for Spoon's "Gimme Fiction," standouts like "What Gets You Alone" and Boys Next Door cover "Shivers" show how well the talented duo can work together. Divine Fits may sound like Spoon's cousin, but with Boeckner as the newest member of the Daniel clan, I'm looking forward to the family reunion. 4 / 5 -Alex Bieler