Alex and Ben give you the lowdown on new releases by local acts Scarlet Ledbetter and onewayness and dRachEmUsik, as well as Toro y Moi and Tegan and Sara. 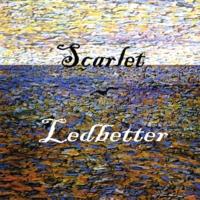 It may have been just a couple of years ago that Scarlet Ledbetter began as a group, but the individual players have ensured that the band feels like local-music mainstays despite the short service time so far. The trio, led by lead vocalist and guitarist Keith Wilson, sticks to their roots on their self-titled release, serving up eight tasty tunes for our ears to feast upon. Measuring just under 30 minutes, "Scarlet Ledbetter" is a bit slight, but each of its parts are solid demonstrations of the band's close-knit sound, with Shotgun Jubilee's Dominick DeCecco and Paper St.'s Tanner Edwards providing a well-plucked bass for Wilson's melancholy lyrics. While each song is perfectly solid in its own right, there isn't really a standout track, nothing that commands your immediate attention. Still, these laid-back tunes make for a set of well-crafted songs. ~ Alex Bieler 3.5 stars

There's a word out there in the American lexicon that can instill a fear and hatred in many of today's hipsters, acting as the "Voldemort" for the Internet-loving, latte-sipping crowd. When the word "mainstream" is thrown around in the indie music realm, certain scenesters scurry away, hissing at the thought of something that one of their favorite bands record could be – horror of horrors – a pop-radio song. Tegan and Sara's "Heartthrob," the seventh album released by the Canadian sisters, veers into this feared territory, but it shouldn't be scorned for the fun and accessible 10 pop tracks it contains. The twin sisters meld their already catchy indie-pop style with a fair bit of '80s keyboards to create an album's worth of polished tracks that are more polished and still true to the band's aesthetics, making for a natural evolution for the duo. ~ Alex Bieler 4 stars

Being familiar with T.S. Eliot's "The Waste Land" will certainly augment your experience of "What the Thunder Said." But enjoying the album doesn't depend on it. Without launching into a dissertation of what many critics herald as one of the most complex and rich poems written in English (mostly), the poem features five sections, the last being "What the Thunder Said." onewayness and dRachEmUsik use this section as the backdrop for their album with four movements. Eliot draws from the Brihadaranyaka Upanishad, and the duo continues that parallel, titling the movements after the four featured concepts: Datta, Dayadhvam, Damyata, and Shantih. With whispering synths brooding, "In Charity" gives way to "In Mercy," featuring scattering drums and swelling feedback. Hushes guide "In Desire," while a soft piano carries the melody. "In Peace" reiterates the Mantras, and resolves the composition's tension. Lulling at times but literarily delightful, "Thunder" melds electronica distress and bliss beautifully. ~ Ben Speggen 4 stars

While Chaz Bundick may claim that he's moved past the whole chillwave genre, a similar claim among bands tabbed with the blogosphere-inspired style, his latest album under the moniker Toro Y Moi certainly feels relaxed. While filled with dance beats and heavier bass, "Anything In Return" isn't really for those ready to bust a move, instead aiming for the crowd leaning against the wall, bopping their heads just outside the dance circle. From the opening bass drum kicks of "Harm In Change," Bundick gets your foot tapping while you lean back and unwind, a party mix with some substance. Unfortunately, the first half of the album drifts on a little too long, with songs getting lost in the shuffle of synths and loops before songs like "Cake" and "Never Matter" snap you from a trance. Still, there's enough substance to warrant a return. ~ Alex Bieler 3.5 stars