Of all the names, Trampled by Turtles might be the most creative, but did it get the most stars? Read on to find out. 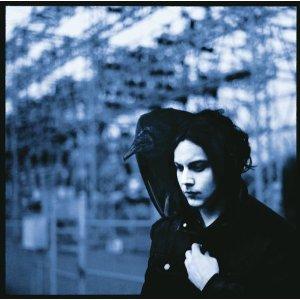 In a way, the title for Maps and Atlases' newest album works as a message for its listeners. Old fans of the Chicago-based math-rock band should be warned that "Beware and Be Grateful" tones down the normal use of guitar tapping and complex algorithmic audio attacks. While the shift to a sleeker, more accessible sound is risky, the change works well. Maps & Atlases still employ the same bizarre time signatures and technical proficiency as on previous material, but on "Beware and Be Grateful," the band manages to keep these elements while sounding so much more approachable. Songs like "Fever" and "Remote and Dark Years" have a pop feel without sacrificing the band's approach. "Silver Self" sounds like a lost Vampire Weekend track but with Dave Davison's unique, throaty vocals. By adding a pop-sentiment to their sound, Maps and Atlases have found an equation for success.
-Alex Bieler
4.5/5

Santigold
Master of My Own Make-Believe
Atlantic

Four years ago, Santi White burst onto the scene with "Santogold," a debut album chockfull of genre-bending tunes. After four years, Santigold returns with "Master of My Make-Believe," a patchwork album featuring help from members of the Yeah Yeah Yeahs and TV on the Radio. Santigold blends elements of pop, rap, art-rock, world music, and more throughout the album's 11 tracks. "Master of My Make-Believe" starts off well, kicking things off with the off-beat "GO!," a Karen O-featured lead single that's two parts M.I.A., one part video game battle music. Album standout "Disparate Youth" comes next, incorporating the right mix of disenchanted vocals and jarring guitars. After that, the album loses momentum. The album's best songs all have either Nick Zinner or Dave Sitek's names attached, but the rest are forgettable. Still, half an album of good tracks is enough to warrant multiple listens.
-Alex Bieler
3.5/5

From intriguing lyrics to classic White guitar work—this album is pure White. But his first solo album is best understood by taking that statement literally. This album is Jack White. Forced to the front, White no longer coyly hides with the rest of the band, as in The Raconteurs or The Dead Weather, and he's no longer brilliantly making Meg White out to be a phenomenally simple drummer, as in The White Stripes. Instead, White lays bare his chest and soul for the world to see. Turns out, his soul happens to be painted with shades of country—"Blunderbuss"—vintage R&B—Little Willie John's "I'm Shakin'"—and '70s rock—"Sixteen Saltines," and nearly everything in between. Lead single "Love Interruption" sets the tone of the album, as someone who's grown though torment. Torment from love, from genius? Whatever the case, this album is an instant classic.
-Ben Speggen
5/5

From the first few seconds into "Midnight on the Interstate," the first track on Trampled By Turtles newest album, "Stars and Satellites," it's easy to compare the band to The Avett Brothers. While Trampled By Turtles, a punk-influenced string band, seem like a natural cousin to The Avetts, the former stay much more introspective, unwilling to crack the occasional smile on the album. This works both for and against "Stars and Satellites." On tracks like the aforementioned "Midnight on the Interstate" and "alone," the approach works wonderfully, producing a pair of building somber tales where the swirling fiddles and nimbly plucked banjos give the songs a depth to match the introspection. The band does sprinkle in some up-tempo stompers, but some of the following slow tunes end up sounding sluggish after these bursts of adrenaline. Still, enough songs shine through to keep the album interesting.
3.5/5
-Alex Bieler