Best Coast, Beach House, Kimbra, and The Lumineers, all reviewed for your listening pleasure courtesy of Bieler-Speggen. 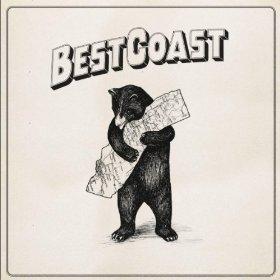 Two years ago, Bethany Cosentino burst onto the indie scene with sunny surf-pop tunes rooted in her love of everything California. On "The Only Place," Best Coast's sophomore effort, the album cover, a depiction of a bear hugging Cosentino's home state, shows that in two years time, the band hasn't changed too much. The album has some differences, however. The reverb-heavy production of its predecessor is gone, replaced with a cleaner sound that does a better job of presenting Cosentino's voice. The title track, essentially a tourism commercial put entirely to music, is a catchy bit of '50s and '60s style pop, much like the rest of the album. While the 11 tracks that make up "The Only Place" are pleasantly catchy, the album quickly gets repetitive. Add in the rather unspectacular lyrics and my trip to "The Only Place" ended up a short one.
3/5 -Alex Bieler

Some bands are so good at creating a certain atmosphere, it's almost like they could do it in their sleep. Appropriately, dream pop duo Beach House is one of those groups. After wowing critics on their breakout third album "Teen Dream," Victoria Legrand and Alex Scally's brand of ethereal, almost trancelike sound quickly became recognizable to scores of indie fans. Two years later, little has changed on "Bloom," the group's latest effort. Lush synths, hynoptic guitar rhythms, and Legrand's unhurried alto are the heart and soul of the album. Just like on "Teen Dream," Scally's nimbly plucked strings underscore Legrand, as her echoing voice stretches every possible vowel out as long as necessary. It's all beautifully done, but at the same time, I've heard it before. Really, "Bloom" comes down to how much you like to see some change in a band's sound.
4/5 -Alex Bieler

For a New Zealand native making her debut in North America, Kimbra is pretty well known. Of course, the fact that she's Gotye's partner-in-crime on the hit "Somebody That I Used to Know" probably has a lot to do with that. Unsurprisingly, nationwide interest in the naked, painted girl with the great voice from the music video skyrocketed, resulting in "Vows," a 2011 release in her native country, to be slightly reworked for the United States and Europe. Blessed with a strong, jazzy voice, Kimbra dances between a range of genres on the album, flying through '90s R&B, Motown, and even Burt Bacharach-styled pop. Opener "Settle Down" starts the album off with a wonderfully danceable first single, but Kimbra packs each single with so much production that parts of the music gets lost in the cascade. Only 22, Kimbra's potential still shines through the at times chaotic album.
3.5/5 - Alex Bieler

When New York City became too much—high cost of living, the plethora of other artists setting up shop there to cut their teeth in the sleepless city—Wesley Schultz and Jeremiah Fraites packed up and headed west to Denver. The move led to the addition of Denver native Neyla Pekarek, who contributes cello, mandolin, and piano to the folk trio. The band then launched a self-booked tour and their eponymously titled debut album followed. Drawing comparisons to the Avett Brothers, The Lumineers offer a raw and rough approach to catchy, stomp-clap rustic songs. Debut single "Hey Oh" captures the band's fervent and infectious sound. Schultz's voice strongly stands out against the music, slow or fast, and bares resemblance to Bob Dylan at times and Cage the Elephant's Matthew Shultz at others. If this is the beginning, listeners should hope to see The Lumineers light the way to a bright future.
4/5 -Ben Speggen