New stuff from local acts Greg Sorce and Lori Burke, as well as Yo la Tengo and Christopher Owens. 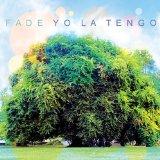 After a certain number of years, it's not uncommon for a band to slow down. While "Fade," Yo La Tengo's latest album in a nearly 30-year-long career, certainly slows things down, it's not because of a creative lull. After decades of style shifts and 10-plus-minute guitar rockers and organ droners, "Fade" marks some of the band's most accessible work to date. Clocking in at a tidy 10 songs and 46 minutes, Yo La Tengo's newest release stuffs plenty of the group's spacious sound into the trio's shortest album since 1990's "Fakebook," shifting from fuzz-pop and addictively repetitive jangled riffs while ensuring no song goes on too long. From the shuffling drone of opener "Ohm," "Fade" quietly shows that even at the end of the band's third decade together, Yo La Tengo can still pack quite a creative punch. - Alex Bieler 4.5 atars

It was a surprise when Christopher Owens announced last summer that he was leaving Girls, the duo he fronted with bassist and producer JR White. After just an EP and two albums, the latter of which "Father, Son, Holy Ghost," was featured in numerous best-of 2011 lists, Owens left the short-lived group to pursue a solo career, starting off his new phase with "Lysandre," a retelling of Girls first tour in 2008 and a girl he met while in France. The story itself is more than fine, as Owens is more than capable of stringing together simple lines with great impact. The problem lies more in the presentation of his material, which, while not bad by any means, is rather underwhelming at times. The sax-friendly "New York City" livens things up, but apart from that, these 11 songs tend to fly under the radar. – Alex Bieler 3 stars

Just because somebody puts their guitar off to the side for a while doesn't mean that it's been put away for good. After four years with Boston band Animal Dance in the late '70s and early '80s, Greg Sorce (pronounced "Sore-see," so you won't be getting any "power source" puns out of me) returned to songwriting in 2007. He didn't return alone, however. On "Cityscape," Sorce's new 12-song album, he brings bassist Tony Grey and drummer Matt Ferguson along for the ride. Over the course of the album, Grey and Ferguson propel the music forward as Sorce and his guitar take center stage, providing lush layers around Sorce's lyrics. There are times where "Cityscape" hits some snags, such as the awkwardly abrupt stop at the end of "Let It Shine" or a flat line in Sorce's vocals, but it still makes for a nice return.  – Alex Bieler 3 stars

Some lifeless singer/songwriters in this region value attitude over atmosphere and looks over lyrics; these caterwauling clichés could learn a thing or two from this album. Reluctant to let herself be defined by her work with the well-known Tiger Maple String Band, the multi-talented Burke delivers a stunning 10-track debut album featuring thoughtful, heartfelt lyrics and brilliant instrumentation. Recorded in Waterford and Cambridge Springs, "Hold On" provides a musical buffet of folk, Americana, country, and bluegrassy tracks all arranged, performed, and written (except one) solely by Burke and includes generous contributions by others on banjo, keys, bells, bass, and harmonica. Burke's vocals showcase shades of Melissa Etheridge, Allison Krauss, Sarah McLachlan, and Natalie Merchant, but still shine through with a power all her own.  - Cory Vaillancourt 4 stars