A British play – imported from, well, New York state – is  making its Erie debut at All An Act Theatre. 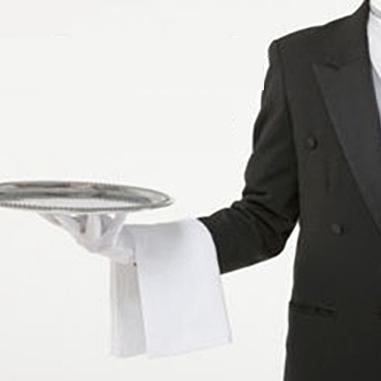 Described as a "situational comedy" by Larry Lewis, A3's Managing Director (and director for the show), The Servant's Last Serve is set within a three-month time period in 1912 London.

According to A3's website, Serve begins when Sir Winston Livingston is diagnosed with "Grandiose Psychosis" and is given only months to live. However, after he's made his will, his faithful servants of over 20 years and his materialistic niece find out he's left the bulk of his estate to his cat, "Master Fifi." That's when the fur begins to fly.

Written in 2010 by New York brothers John and Karl Kaasik, Serve was mailed directly to A3 last summer.

"It hadn't been produced the required three times for distribution through the major publication houses [such as Samuel French], so this was the only way to get the rights for it," explained Lewis. "All An Act has a history of doing British farces and this one seemed right up our alley. Plus, it's a new show never done before in Erie."

"Being in our 12th season, we know what our audiences like and expect from us," said Lewis. "They love the comedies, especially the farces, and we knew they'd like this one."

Lewis stated the only other production he could find of Serve was in a church community center in Shelter Island, New York, where the Kaasiks reside. He'd found it on YouTube with both brother-playwrights appearing in the show.

Locally, with the exception of Bryan Toy, who plays millionaire Sir Livingston, all seven other performers have done numerous shows at A3 and theatres around town.

"Being in our 12th season, we know what our audiences like and expect from us," said Lewis. "They love the comedies, especially the farces, and we knew they'd like this one."