All That Jazz: Brubeck Brothers Quartet at the Warner Theatre 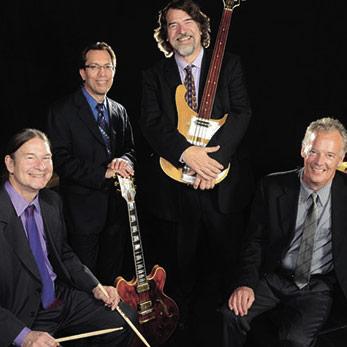 For jazz enthusiasts around the world, the name "Brubeck" first conjures the likeness of American composer and jazz pianist David Warren Brubeck. As noted on the Erie Philharmonic's website, the influential jazz master "instantly evokes a special sound or tune in your ear." Noted to be a founding father of "cool jazz," Brubeck is perhaps best known for his eclectic range in styles, often combining classical training with a knack for improvisation. Brubeck's music was challenging, utilizing complicated rhythms and peculiar time signatures. And by the sound of it, his sons Chris and Dan Brubeck (performing as the Brubeck Brothers Quartet) are continuing his legacy. This month, the Brubeck Brothers Quartet will be performing at Erie's historic Warner Theatre. In addition to a number of "jazz standards," the Brubeck siblings will be performing several highlights from their father's very own collection (including fan favorites "Take Five" and "Blue Rondo a la Turk"). Executive Director Steven Weiser couldn't sound more excited for it.

"We are beyond excited to welcome the legendary Brubeck name to the stage for this concert on October 28," says Weiser. "As a young drummer, one of the first pieces I played with a trio in public was "Take Five." Knowing that the Brubeck Brothers will be playing this iconic piece alongside Daniel Meyer and the Erie Philharmonic is awesome!" The concert is being co-presented by JazzErie and conducted by the aforementioned Daniel Meyer, truly making this night one of Erie's must see shows of the fall season. — Aaron Mook