Allison Crutchfield // Tourist in This Town

Front to back, it's a gorgeous record, full of variety and gushing honesty.

by Nick Warren
View ProfileTwitterInstagramRSS Feed
February 15, 2017 at 11:00 AM 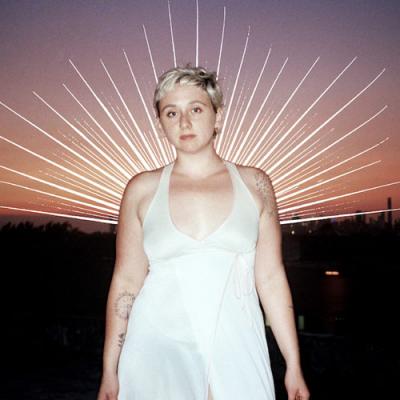 Tourist in This Town

Casual fans of Waxahatchee will find something familiar about Allison Crutchfield. Her resume speaks for itself, however. Check out one photo, and it's easy to see that Allison and Waxahatchee's Katie Crutchfield are identical twin sisters. The two began their careers by founding the fantastic and relatively underrated band P.S. Eliot in 2007. After dissolving the group in 2011, Allison went on to front Swearin' with Kyle Gilbride, releasing two extraordinary albums. With such an impressive discography behind her, does Tourist in This Town disappoint? Not at all. Front to back, it's a gorgeous record, full of variety and gushing honesty. There are tinges of country harmonies in the opening acapella intro. The fullness of the band kicks in and remains, an endearing midtempo indie pop cruise. Tender moments like "Charlie" and "Sightseeing" are balanced perfectly with the energetic hooks of "Expatriate" and "The Marriage." The album is delicate, but potent. A sleeper hit that warrants a revisiting of the artist's entire body of work.