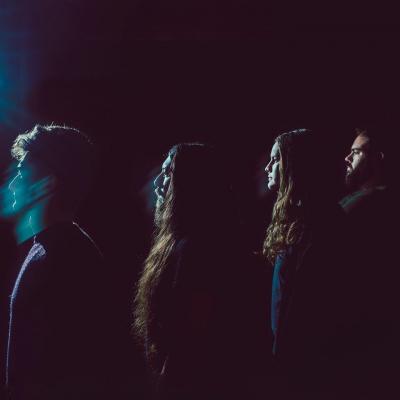 Amavasya have been among the top dogs in Erie's metal music scene since they began in 2015. Musically, the band touches upon progressive metal, metalcore, deathcore, and djent [ed note: that's an onomatopoeia-named genre founded by Meshuggah, in case you were unfamiliar], giving them a style that knocks it out of the park. Amavasya released their debut album, Fruition, in 2016, followed up in 2018 by the single "The Weight of a Heart", which both highlight the band's masterful songwriting ability.

Nephele, a purely instrumental band from Pittsburgh, dials the prog metal up to 11, with incredibly dynamic songs that are essentially chaotic eardrum destroyers one minute and hypnotic ambient soundscapes the next. The band's latest single, "Apples & Oranges", emphasizes melody over the heavier sections. Songs like 2017's "Leucothea" are a true rollercoaster of experimental songwriting, but it's a hell of a ride.

Opening acts on the bill are Defy Reality, from Garrettsville, Ohio, and Narwhal Bloodbath, from Erie. Defy Reality released their debut EP, Instinct, this year, with a much more straightforward style of metalcore, but tracks like "Overcome" and the titular "Instinct" showcase their shredding ability more so than other tracks on the album and the band's previous singles. Narwhal Bloodbath still has yet to release recorded music, but that hasn't stopped them from being staples of the Erie metal scene and favorites among the BT crowd. — Tommy Shannon