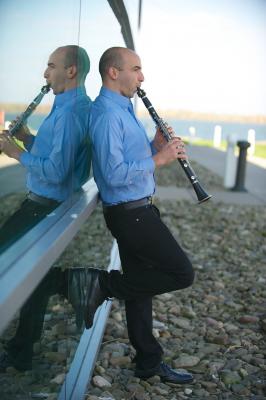 When Wolfgang Amadeus Mozart died in 1791, he had shared the planet with Ludwig van Beethoven for 21 years. Following Beethoven's death in 1827, it would still be nearly four decades before German composer Richard Strauss was born. Arnold Schoenberg was born ten years after Strauss and lived on Earth with Strauss for 75 years.

Despite their mostly limited overlap in the human timeline, these composers are tied together as they all made a name for themselves in Vienna. And thanks to meticulous record keeping, their music can be heard together, in one place, decades after its composition.

That place, specifically, is Erie's Warner Theatre, where the night's featured soloist, Erie Philharmonic principal clarinetist Amitai Vardi, will play the works of these four men, who were some of the most influential composers of the classical era. As usual, Daniel Meyer will conduct.

Amitai Vardi is an assistant professor of clarinet at Kent State University and has won a number of awards for both his performances at, but not limited to, the Round Top International Festival Competition, the Agnes Fowler Competition, and The Cleveland Institute of Music Concerto Competition. Prior to his performance with the philharmonic, Vardi will be appearing Live from Studio Q at WQLN, in a radio broadcast and free public performance starting at noon on Friday, Nov. 2.