An American Daughter a Timely Play — from 20 Years Ago 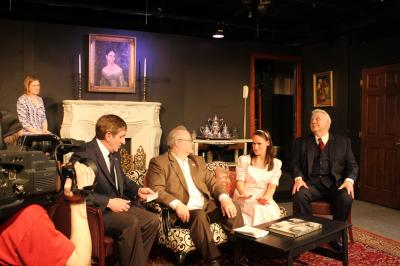 Confirmation processes have garnered much mainstream public attention in recent years, and a moment in this process is encapsulated in An American Daughter, the Tony and Pulitzer Prize-winning play by Wendy Wasserstein (who died in 2006, only 10 years after penning the work).

Dr. Lyssa Dent Hughs is all but confirmed to be the next Surgeon General of the United States, but she makes two mistakes: one, she thoughtlessly reveals a minor secret, and two, she comments on her own dead mother's role as a homemaker to her senator husband and family. The media and personal frenzy that ensues might have seemed monstrously chaotic in 1997, but will feel terribly, comfortably familiar to audiences in 2019.

An American Daughter was a famous Broadway flop, so thank goodness community theater doesn't share all of the opinions of lofty stage critics from the '90s. The Performing Artists Collective Alliance (PACA) is proudly bringing this production to Erie, with Mark Tanenbaum at the helm, and Amy Gilewicz as the titular "daughter." Daughter will run for three consecutive weekends, with seven shows total.

Nora Schillinger, who plays Charlotte "Chubby" Hughs, Lyssa's father's fourth wife, remarked on the layers of complexity in Wasserstein's characters and plot, saying, "Chubby is a great character because while she seems kind of simple and ditzy, she's actually very shrewd. She understands the political game, and I think that underneath it all, she's very protective of her husband and his career."

Schillinger went on, touching on the timeliness of the play, "We really haven't moved the ball too much when it comes to having empathy for public figures when they make very human and innocuous mistakes."

With "a really great mix of Erie theater vets and a few newcomers," An American Daughter is yet another big-city Broadway production that Erie is now fortunate to experience. — Cara Suppa