An Interview with Erik Reece 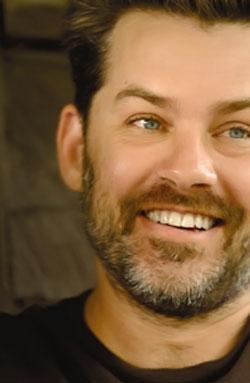 Writer Erik Reece will be reading at Penn State Behrend on Thursday, Sept. 29 as part of the Creative Writers Reading Series. His works capture the human side of nature and the natural side of humanity, and while his message is often controversial, he never stoops to preaching.

Reece's essays have been published in Harper?s, Orion, The Nation, and Oxford American as well as The New York Times and other national newspapers. He has published two books of nonfiction, Lost Mountain, A Year in the Vanishing Wilderness and An American Gospel: On Family, History, and the Kingdom of God.

Ethan Brightbill: Your book Lost Mountain is an account of the strip mining of one mountain. In a time like ours when jobs and the economy are most people's primary concerns, why should someone care about things like strip mining and the environment?

Erik Reece: The ultimate economy is the economy of nature. When that goes, and it will go if we continue to burn coal the way we do, then all other manmade economies aren't going to matter much. But a more optimistic way to think about it is that there can be a lot of good, healthy, sustainable jobs in a post-coal economy built around alternative energies, jobs that will replace strip mining. And, since the Appalachian Mountains are the oldest in the world, I think anyone living in the eastern United States should care that they are being blasted into oblivion.

EB: What subjects attract you as a writer? Why?

ER: I'm attracted to a lot of subjects, but they mainly seem to veer back to issues of religion, the natural world, place and family. Because I come from a long line of preachers, I'm naturally drawn I guess to the subject of religion, probably more so because I don't really share my family's beliefs, so I've had to work out that disagreement many times through writing. And because I'm a pantheist of sorts, writing about religion inevitably brings me back to writing about the natural world.

EB: Which other writers have most inspired your work?

ER: I had a great teacher at the University of Kentucky, Guy Davenport. He was perhaps the greatest prose stylist of his generation and he taught me a great deal. The writer and farmer Wendell Berry has also been a great influence on me, not only through his writing but through the way he goes about his life, walking the talk, as we say. Walt Whitman has been a great inspiration to me because his poetry calls us to be better, more exuberant Americans.

EB: If you could give one word of advice to aspiring writers, what would it be?

ER: Well, if its only one word of advice, I suppose the word is ... write! But if you mean that less literally, my advice is to follow a simple formula. Pay very careful attention to the world around you, then let that observation lead to some insight, something the reader can take away from what you have written.

The reading will be held in Behrend?s Larry and Kathryn Smith Chapel at 6 p.m. A reception for the author will be held at 5:30 p.m. The Creative Writers Reading Series will also host fiction writer Danielle Evans on Thursday, Oct. 6 and student senior thesis readings on Thursdays, Nov. 10 and 17. All events are free and open to the public.

An interview with Danielle Evans

by Erie Reader Author10/5/2011, 3:00 PM
Fiction writer Danielle Evans will be reading at Penn State Behrend on Thursday, Oct. 6, as the concluding speaker of the Creative Writers Reading Series.