Andrea Arnold's Films Show Us Teens with Nothing to Lose

Andrea Arnold's American Honey depicts rebellious teens seeking out what they desire in any way possible. 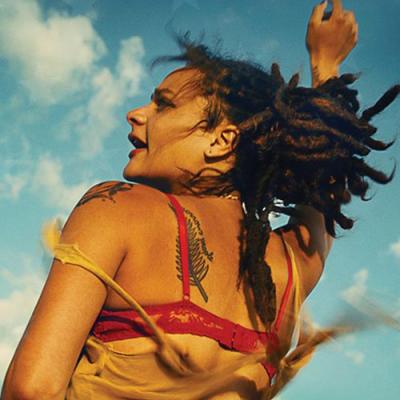 The last few years have given us a series of films about young people grabbing the American Dream by the throat and shaking it until it gives them everything they want. Films like Spring Breakers and The Bling Ring – and now Andrea Arnold's American Honey – depict rebellious teens seeking out what they desire in any way possible.

American Honey, Arnold's first film made in America, is about a young girl who joins up with a crew that travels the country and gets involved in partying and rule-breaking while selling magazine subscriptions. Like one of Arnold's previous films, the truly excellent Fish Tank, this film looks to be another story about a teenaged girl discovering herself while simultaneously in full-on rebellion against the world in general and the society she was raised in particularly. The film was inspired heavily by Kitchen Sink realism, a style that developed in Britain in the late 1950s, which focused on angry young people disillusioned with modern society.

As in Fish Tank, I would like to see Arnold imbue this film with some of that Kitchen Sink style and mix it with the modern expressionistic flourishes that we see in the youth films of today. Only this time, our protagonist would discover herself and her place in the world amidst the dreary landscapes of the American Midwest as opposed to dreary old England. Plenty of American films are missing that hard, human realism that is present in so many British films, and that makes Arnold's film a welcome addition to this popular new subgenre. – Forest Taylor