Antibalas //Where the Gods Are in Peace 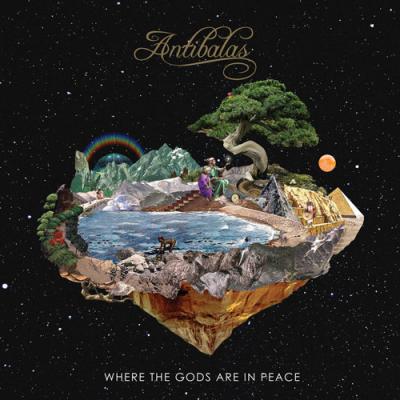 Where the Gods Are in Peace

Whether you think Antibalas is channeling the spirit and sound of 1970s legend Fela Kuti, or just simply stealing from him, it's clear to see that the formula is working. Currently boasting a lineup of 15 musicians, the Brooklyn band was once known as the Antibalas Afrobeat Orchestra, but quickly dropped their more genre-specific, pluralistic moniker. Founded in 1997 by baritone saxophonist Martín Perna, the band has helped to spread the sound, perfected by Kuti's Africa '70 group, to a much wider audience. With what essentially amounts to three tracks clocking in at 35 minutes, Where the Gods Are in Peace is the band's sixth album overall, and the first offering since 2012's self-titled release. From the first notes of "Gold Rush" the album is gripping, an intoxicating pulse underlying polyrhythmic melodies that plunge the listener into a deep trance. The minor key progressions pounded out by the band's four guitarists and six-piece horn section keep every moment flowing as vocalist Sifu Amayo narrates tales concerning the exploitation of Native Americans in the 1800s, using them both literally and as a metaphor for modern-day injustices. — Nick Warren