"As If I Never Existed": Burning is One of the Greatest Cinematic Achievements of the Decade

The film is an impeccably shot and ingeniously crafted thriller that slowly takes its time introducing its characters before hitting us with an unexpected twist. 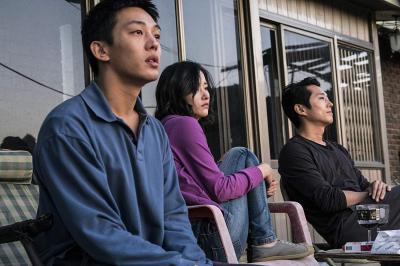 A young woman talks about her recent visit to Kenya. She says that the Bushmen of the Kalahari Desert have two types of hungry people; the people who are literally hungry, or the "Little Hunger;" and the "Great Hunger," or the people who are hungry for a meaning in life. Lee Chang-dong's (Poetry, Secret Sunshine) masterful film Burning (adapted from a story by Haruki Murakami) addresses both of these hungers and how they relate to a world that seems to be getting tenser both socially and economically every day.

The film follows Lee Jong-su (Yoo Ah-in), a sporadically employed writer who by chance reconnects with former classmate Hae-mi Shin (Jun Jong-seo). He volunteers to feed her cat while she goes on her visit to Africa. However, the dynamics of their relationship change when Hae-mi returns from her trip with a new friend named Ben (The Walking Dead's Steven Yeun), an extremely wealthy young man who doesn't seem to have a care in the world. Jong-su begins to get suspicious of Ben when he confesses to a secret hobby that may be more sinister than he is revealing.

The film is an impeccably shot and ingeniously crafted thriller that slowly takes its time introducing its characters before hitting us with an unexpected twist. However, I admire it most as a grim statement of the economic uncertainty in this modern world where the divide between rich and poor seems to be growing wider by the minute. I'm not going to act like I understand the socioeconomic situation in South Korea, so I'll let Lee's incredible film speak for itself. — Forest Taylor