At Play in the Fields of the Bored: Covered in Commerce

Michael Bennett wants to free the music and dig the art. He holds Peter Frampton responsible for the fight he now has to wage. 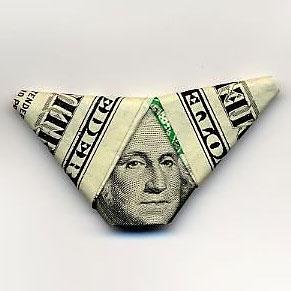 I often struggle with the concept of art as commerce. How can you put a price on something that comes from the soul? And if it isn't a commercial success does that mean your soul is worthless?

Of course artists deserve to be paid in kind, but there is torment and struggle behind affixing a monetary value to delight and enlightenment. If the art does become a success you are expected to provide more, but now to satisfy discriminating tastes and more critical scrutiny.

I am a poet by nature and fully understand there is a very narrow market for my art. I feel if I am able to maneuver a few words together in a journalist sense then I feel I am being paid to write without compromising my poetic integrity. Practical use of a gift to produce original material.

The art of music, however, is thoroughly entrenched in the machinations of economy. Managers, promoters, record labels, and a whole host of assorted ne're-do-wells all looking to profit from someone else's art. Until it is no longer art. In many instances now the music becomes manufactured and instantly obsolete.

Thinking of just the last ten years, there aren't many songs or artists that have been able to make any impact on the charts. There are all slick, overly produced acts meant to satisfy a simple urge, make profit, and be recycled for the next release. True, that is the case in realm of chart-relying, market-share driven Top-40 corporate music, but it has an impact throughout the musical universe.

Because the music industry stopped grooming artists and started producing "hits" the general populace is more comfortable listening to dime store renderings of semi-popular fare. It is a continuation of the numbing of the American audience. No one can expect to expand their horizons if they never take a risk or are not exposed to the unique. It is like feeding children a steady diet of candy—it keeps them happy but it isn't good for them.

There I said it. Manufactured pop music will rot your teeth.

Music requires exposure followed by investment. Not of money but of time and thought. Seeking enjoyment outside of your comfort zone is the most rewarding part of listening to and loving music. Allowing yourself to be fed a steady diet of the same mundane corporate madness is bad for your soul, and the soul of art.

There are many factors that led to the corporatization of music but it can truly be traced to one man: Peter Frampton.

When "Frampton Comes Alive" was released in 1976, it became a juggernaut, selling 6 million albums in the first year. The success was sweet for Frampton but doomed us all.

Music became just another widget to be packaged and sold. Record companies stopped holding huge rosters of musicians and began looking for singular artists to top the charts. Artistic entrepreneurs were replaced by suit-and-tie MBAs who didn't know The Who from The Dead. Artists became numbers on a page.

Rather than providing a cornucopia of ever changing musical acts, record companies began looking for trends. Classifications were made and artists were pegged, labeled, and distributed. Punk is trending big? Sign a punk band and advertise the hell out of them. New wave craze? Just go find another Blondie look-a-like group.

When nothing was moving the music world just rehashed old hat standards guaranteed to dislodge money from teenagers.

Debbie Gibson and Tiffany can't hold a candle to Petula Clark or Dusty Springfield, but why let the world be entertained with the same music again when you can invent a "new sound" and sell more of the same. Which brings us to today's overdoses of Britney and Christina and their ilk.

Boyz II Men are all well and fine I guess, but not when held up against The Sound Of Philadelphia. Songwriters Gamble and Huff wrote amazing music performed by great bands until record companies discovered their beats could be turned up, any artist could provide vocals and cocaine-fueled idiots loved what became disco.

Until they didn't. Then it was on to the next thing. A whole genre dropped and nothing to show for it, except money. Lots and lots of money. Now, I don't feel disco music should have survived or even thrived, but it is the proof pudding of the downfall of the music industry.

The money has even corrupted the artists. Bands that actually paid dues to get a record contract are then provided with someone else's song, make it a hit, band implodes, on to the next act.

That is why localism is so important. Finding local bands that are still hungry, still raw, and still affected by the world around them provides a more legitimate musical experience. Whether they are singing about suffering or ultimate delight in the every day, loving music on a small scale, within an economy of scale, improves the experience.

Friends don't let friends listen to bad music. Stop supporting corporate shills and their lack of artistic integrity. Enjoy the music that moves your soul because it is art not because it sold a million copies. There are 300 million people in America, why would you let a fraction of a percent decide what music is good for you? And why would you spend money you don't have supporting companies that don't even care about the product they are selling you?

Free the music, and dig the art.

Michael Bennett is the host of Fazed Cookies, Wednesday's from 9 to midnight on 90.5 WERG. He thinks you should re-read this article in the voice of Frampton's Talk Box. If you feel like we do, Michael can be reached at mbennett@eriereader.com