At Play in the Fields of the Bored: The Excruciating Sound of Silence

Michael Bennett's trapped in his mind and only music get him out. See what key works for him this week. 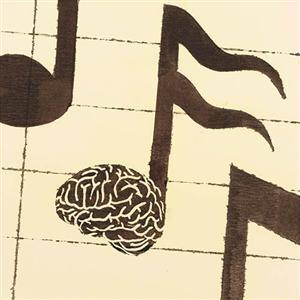 I have an unquiet mind. It races, bobs, and weaves through hundreds of thoughts every moment. Names, dates, concepts, calculations, and ruinous endeavors speed through my cortex vying for recognition and attainment, no matter how brief.

Concentration comes at a premium. Well, full concentration. I don't mind having 20 thoughts available to my forked tongue at any instant; some call it wit, most find it annoying.

When I do desire focus, I find it through music. Not only does it soothe my savage soul, it provides a respite from the meticulous, ever-running motor that is my mind.

In fact, everything I have written for Erie Reader has been done to the accompaniment of Bird and Miles. Charlie Parker and Miles Davis, together on a late '40s compilation, working through bebop to find their own satori, and mine. If you were to find a copy of their version of "A Night in Tunisia" and play it whilst reading this column, it has an almost Darkside of the Moon/Wizard of Oz effect, the only problem is trying to find the third roar to start on.

Jazz is great for writing; it fires enough synapses to allow verbiage to flow in a steady stream. Like adding lyrics in time with Bird's frenetic sax.

When the mind is not needed to produce symbols for the printed page it's lyrics all the way for this mannish-boy.

I'm a whore for lyrics.

I love a great turn of phrase or an unmatched rhyme. My heart jumps to hear Van Morrison's mouth divulge what his mind has rendered. If I could be an instant in time, I would choose to be the air molecule that meets Van The Man's boot toe as he kicks the air to accentuate the soul of his songs. (Obviously I'd have to travel back in time to accomplish this, as I don't think Van's leg has reached above his waist in 25 years, save for his time in a Craftmatic adjustable bed.)

Stephen Malkmus, of Pavement, writes some of my favorite lyrics. It seems almost nonsense, when in fact it is closer to the genius stream of consciousness employed by James Joyce.

And of course there is the master Robert Zimmerman. If, gun to my head, I had to select one artist to listen to for the rest of my life it would be Bob Dylan. Specifically 1965-1974 Dylan. The man is a master of words. A shinning beacon on the hill all wordsmiths genuflect towards, seek to mimic, and don't mind not attaining because it is too good to corrupt with jealousy.

"Highway 61 Revisited" can get me through the worst of times. It is such a perfect album. Great music, phantastic lyrics, and superior production… it even helped me get over the Celtics losing Game 7 to the Lakers last year. Not really, but close. At least I'm sleeping better. No more of those Kobe Bryant nightmares that start at the Staples Center and end at a resort in Colorado. Allegedly.

I'm fascinated by the psychology of how we hear music. I don't understand how someone can be satisfied listening to manufactured pop drivel. Over-produced schlock lacking soul and foundation leaves you dead behind the eyes, which I guess you must be in the first place to find any satisfaction in that kind of "music."

I keep company with many musicians. I am always trying to pick their brains to find out how they listen to songs. Some dissect the music down to time signatures and changes. Others pick out chords and tunings. Not being a musician myself, it is rather enchanting to see how the songs affect them.

Do they commonly listen to the same type of music they play? Or do they shelter themselves to avoid parody? Are they judgmental of the quality or do they take it as it comes?

These are some of the questions that flow through my mind in my search to find what makes music so beautiful and inspiring.

There are a number of local bands that have just put out albums, are about to, or are heading into the studio to make their magic. And I can't help but think not of the bands but of producers.

As my mind rambles and seeks settlement through music, I believe a great producer can calm the artist and find the absolute nature of their songs.

Would Dylan still be great without Tom Wilson or Bob Johnston? Of course—he's Dylan. But not everyone is, obviously.

But music wouldn't be the same without the men hidden in the control booth shadows.

If I were to make an album, I'd bust Phil Spector out of jail, get him a haircut, and put him behind the controls to make my "Wall of Sound." Or build a time machine and take Brian Wilson back to the brink of insanity, when he created his best work.

I'm a fan of produced albums over live recordings. I want to hear what the perfection of accomplishment sounds like. I want it to be wrapped neatly and still full of fury, and producers make that happen. Adding bells and whistles to a bare bone track is a talent unto itself. And I can do nothing but appreciate it.

As my mind shakes and shimmies to find solace in vibrant tunes, a producer can lasso the soul of a band and bring it to nirvana.

Michael Bennett is lost in his own musical mind. The writing has stopped, the multitudinous thoughts have returned, but the reverberations of Bird and Miles jamming out "Scrapple From the Apple" remain. Michael's mad musical mind can be encroached upon at mbennett@eriereader.com.