Back in the Day: Erie's Circus History

Erie County: The First Home of the American Circus 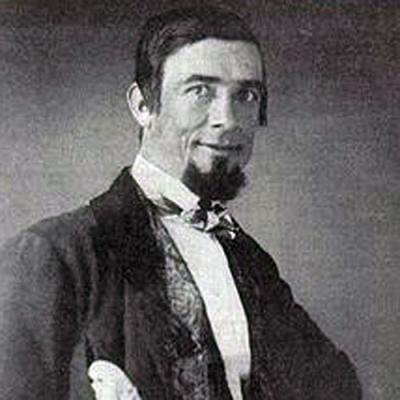 Unless you grew up in Girard, you probably don't know that Erie County was where the first American circus made its winter home.

Before there was Ringling Brothers, Barnum & Bailey, there was Dan Rice. Rice created the touring American circus and was the premier showman of his time. In 1853, he moved to Girard in western Erie County, and established this site as his winter quarters for his new circus troupe.

Rice was one of the most colorful characters and most famous Americans of the then young republic. His circus was called "the greatest show on earth" well before Ringling Brothers pitched their first tent, and he is now called "the most famous man you never knew." Rice is even considered one of the models for Uncle Sam, often dressing up as the character who's the personification of America for two centuries.  But Rice was not only a pioneer showman. He was also a professional clown (one of the nation's first), an actor, a director and producer, a songwriter, and even a presidential candidate.

It's worth noting that another super-prominent American of that era, and the country's most famous early journalist, Horace Greeley, also lived in Erie (about 20 years before Rice arrived in Girard).

Something about Girard attracted Rice. An article in Bandwagon, the circus magazine, suggests that Agrippa Martin, who had grown up in Girard and had become the foremost animal trainer of his day, persuaded Rice to settle there. Soon after arriving, Rice built a huge house near the public square and established winter quarters in the town for his famed circus. Girard quickly became the headquarters of most of the other major American circuses, including Thayer & Noyes; Rice & Forepaugh; G.R. Spaulding & Co.; Anderson & Co.; Warner, Springer and Henderson; and others, and Erie County  became the center of the 19th-century U.S. circus world. Barns housing elephants and other circus animal were built – Martin himself became famous as the man who trained the legendary circus elephant Hannibal.

Except for a U.S. Civil War statue (the first one in the U.S., erected in 1863), one barn, and "Dan Rice Days," the annual Girard summer festival, there are few physical remaining reminders of Girard's circus glory days and its most famous resident.

In the age before radio, TV and the movies, Rice was one of America's first "pop culture" mega-celebrities. In addition to inventing the modern circus, he is also credited by some as one of the originators of vaudeville – before it was known by that name – by putting together programs of "novelty acts" on 19th century stages, one of which was Erie's Park Theater on North Park Row. In 1868, Rice even ran for president.

Not only has this giant figure of the 19th century been largely forgotten in the 21st century, most traces of the Erie Extension Canal, which brought him to Erie County, are gone, as is the outlandish mansion where he lived. But the circus continues, as do the offspring of Rice's novelty acts (in the form of stand-up comedy and theater musicals). Rice's friend and fellow early resident of Erie, Horace Greeley, was a major pioneer of American media, and is equally forgotten.

There was a time in Erie's history when so much in today's American culture germinated here. That should not be forgotten.