Back in the Day: Leon Dryfoos, a town character

You have to be a senior citizen in Erie to know the name of Leon Dryfoos, one of the city's great characters in its long history. Born in 1892, Dryfoos grew up in Erie in the colorful turn-of-the-century era when the city was still a major port and a growing industrial center, and was just beginning to formalize the cultural institutions which have continued to this day. 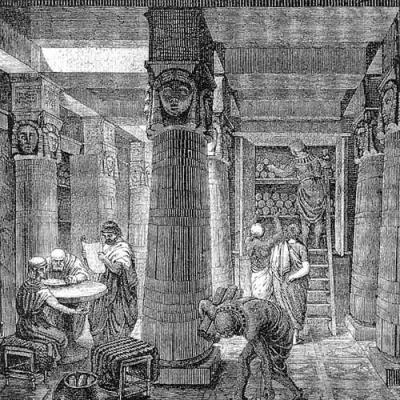 You have to be a senior citizen in Erie to know the name of Leon Dryfoos, one of the city's great characters in its long history.

Born in 1892, Dryfoos grew up in Erie in the colorful turn-of-the-century era when the city was still a major port and a growing industrial center, and was just beginning to formalize the cultural institutions which have continued to this day.

Leon's father, Moses Dryfoos, owned the town's general store at Fifth and State streets, and it was a prime gathering place for sailors and travelers, as well as the theatrical and vaudeville performers appearing around the corner at the Park Theater on North Park Row. The Dryfooses had come to the U.S from Alsace-Lorraine a generation before, settling in Cincinnati, and Moses was reportedly a cousin of Captain Alfred Dreyfus, the French military officer accused unjustly of treason at the time Leon was born. The Dreyfus case and trial became the biggest news story in the world of that time, and only when French author Emile Zola came to his defense was his conviction ultimately overturned, and French society turned upside down.

It was a lot quieter for the Dryfooses in Erie, however, where Moses had settled, married, and opened his general store.

In those days, few Erieites went to college. Leon's formal education stopped at high school, but thanks to the visitors to his father's general store, he had tickets to every show at the Park Theater around the corner.  The Park Theater was then a major regional theater on the national professional touring circuit. Many of the productions were of Shakespeare's plays, performed by the leading actors of the era, and Leon, who had a prodigious memory, learned most of Shakespeare's plays by heart, a feat that amazed his friends and relatives for the next 80 years.

Speaking of his relatives, I was his nephew, and spent a delightful part of my childhood in his company.

I think he did some acting and odd jobs, and helped out his father for a number of years, and then after World War I, he opened a pet store. He married the eldest of the Masiroff girls, Sylvia, in the 1920s. (Morris Masiroff had emigrated to Erie from Russia, opened a furniture business circa 1899, and had seven children.)

But Leon Dryfoos was restless. He was an accomplished poet (although his poems always rhymed), and when the new phenomenon of radio appeared, he quickly became one of its first local reporters. Among other innovations, he broadcast the appearance of Gov. Franklin Delano Roosevelt, running for president, from the old Nickel Plate Station on East 18th Street in October 1932. (I know about this because with him at the time was his friend, and future brother-in-law, my father, then a young physician at Hamot Hospital.)

His radio work blossomed over the years into a daily radio show filled with news, poetry, gossip, and general commentary that all was listened to faithfully by generations of Erieites for almost 50 years until the 1970s.

The pet store business went sour in the Depression, and Dryfoos went into the antique business with my Aunt Sylvia on East Seventh Street. Not settling for doing anything in a small way, Leon became a nationally-recognized expert on antiques.

He befriended Ed Warman, who was the leading publisher of antiques magazines and books, and wrote articles for him. Major collectors from around the nation made a stop in Erie to visit the Dryfoos antique shop. Several times a year, Leon and Sylvia got in their car and drove to the major antique shows across the country. At the same time, Leon became a devoted numismatist and dealer at a time before coin collecting became popular and financially rewarding.

Also a tireless Erie historian, Dryfoos filled his radio shows with the lore of Erie's past, including stories about the various historical characters of the previous century. At his store, he bought and sold many of the mementos and relics of Erie's history.

I was fortunate to have a number of interesting and loving aunts and uncles while growing up in Erie. Uncle Leon, however, was an education, instilling in me a love for Erie history, antiques, and coins. When I opened a bookstore in Erie at 26th and Peach streets in 1970, it was Uncle Leon, recalling Erie's General Anthony Wayne's penchant for sartorial eccentricity, who suggested the bookstore's name – "Mad Anthony's Hat." Aunt Sylvia, who played violin for the Erie Philharmonic for many years, read almost every book (as did my mother) in the Erie Library, and inspired in me a love of music and literature.

Leon Dryfoos died in 1991 at the age of 99. He was a unique character who became part of Erie's everyday life and history.  He should not be forgotten.


[Editor's note: This article has been edited to accurately reflect the correct French author in reference Dreyfus case.]