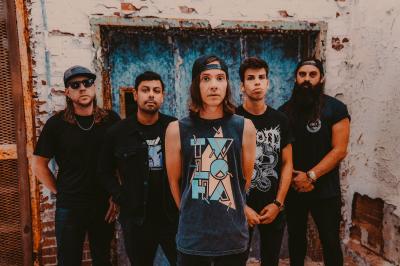 The Ballet Haus is going out with a bang with a stacked bill of bands at the venue's last show.

Headlining will be Red Jumpsuit Apparatus, who formed in 2003 in Middleburg, Fla. and found success in the summer of 2006 upon the release of their debut album Don't You Fake It. The LP included their still popular song "Face Down," which peaked at  No. 24 on Billboard's Hot 100 chart in 2007. After its initial release, it only took the album four months to be certified gold for having over 500,000 copies sold. The alternative rock band has played alongside the likes of My Chemical Romance and Rise Against.

Eyes Set to Kill formed in 2003, though their debut album Reach was not released until 2008. They peaked at No. 29 on Billboard's "Heatseekers" chart and No. 77 on the Independent Music chart. Since then they have been found playing festivals like Vans Warped Tour alongside the likes of Black Veil Brides and Falling in Reverse. Eyes Set to Kill's most recent self-titled album was released in early 2018 and includes songs such as "Die Trying," which has accumulated over a million streams on Spotify.

Rock quintet No Resolve has been making its presence known in the scene since 2009. In 2012 they released their critically acclaimed EP New Beginnings. A year later, they released their most popular song to date, "Get Me Out." The hit single can be found on Spotify with a stream count of over 9 million and on YouTube with over 15 million total views. The band has toured heavily, playing alongside Papa Roach, Hinder, and Buckcherry.

Buffalo, N.Y. emo rockers Speed Dial don't shy away from playing big crowds. The four-piece supported California indie rockers Mom Jeans before a crowd of 400 in mid-April at the Ballet Haus. Also supporting is Erie pop-punk five-piece Real Fake Doors, shaking up the Ballet Haus one last time. In the past, they have played sold-out shows at PACA with Young Culture and Trash Boat.

While at the show, be sure to visit Black Monk Brewery and Fat Boys Phillys for your food and drink needs and Melancholy_* clothing for fashionable new threads. Although this event is the 21st and final show at the Ballet Haus, rest assured The Andromeda Agency will still be putting on productions throughout the remainder of the year (venue TBA).  Make sure to like The Andromeda Agency on Facebook to stay up to date on upcoming events. — Dylan Tutmaher