The comeback of an obsolete medium plays a big role in a local band's style. 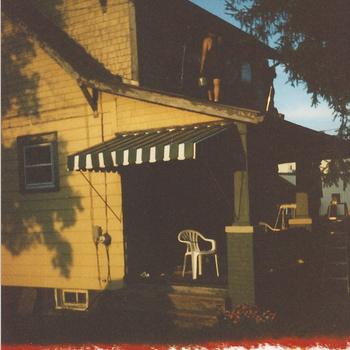 The ever-expanding integration of technology seems to become more prominent in our lives every day. The extent by which the Internet and computers have changed our way of life is hard to ignore, even for a millennial like myself who has had a cell phone since the fifth grade. Aside from obvious advances like methods of communication, one industry in particular has undergone what could be considered a revolutionary transformation – the music industry.

Thanks to the Internet, musicians now possess the capability to reach an expanded audience without ever having to leave their bedroom. Websites like Napster, MySpace, and Bandcamp have all helped transform the way music is distributed and discovered and provide potential for dismantlement of the creative limitations fabricated by the four local commercial brainwashing radio stations who insist on playing the same 10 trashy pop songs every two hours.

Some aspects of the pre-technological music age, however, have managed to maintain prominent roles despite becoming obsolete. Collectors of vinyl records have long argued for the superior sound quality of the century-old medium. Other means, like cassette tapes, which have increased in popularity among underground and touring bands over the last few years don't necessarily have the same appeal.

"I can understand people not being into tapes. From an audiophile's standpoint, tapes don't sound as clear as CDs or vinyl," says Ethan Oliva who plays guitar and sings for local shoegazing band Barlow. "I get that, but I don't necessarily care. The slightly faded, crispy analog sound of a cassette tape really pleases me. That's why we put our stuff out on tapes."

Barlow, who put out their EP Fell Asleep on cassette last year, is often considered to fall under the category of lo-fi music, a style popularized by '90s indie bands like Guided By Voices and Pavement. Despite that many do not consider tapes a preferred method of listening, the subtle hiss of a cassette adds an essential depth to Barlow's already fuzzy sound, making it the ideal means by which to listen to the band's material.

Four Castles, Barlow's most recent release, has an incredible dynamic. Tracks like "Missionary" and "Castles" with their soft guitar playing and Robert Pollard reminiscent vocal melodies give the EP a melancholy atmosphere that contrast nicely with more upbeat, Dinosaur Jr. inspired tracks like "Pink Room" and "What We Did."

This release displays a huge progression in song writing maturity from the bands primary shoegazey sound with a faster, more Hüsker Dü-ish punk style as can be heard on "Visor." Opening with a simple three-note bass line that sounds like something from Descendants' Milo Goes to College, this song has me itching to mosh whenever I listen to it. Every time I have seen them play it live so far, the crowd erupts into a sea of convulsing bodies as soon as the guitar and drums kick in. It rules.

Barlow plans to rerelease Fell Asleep on pink colored tapes along with dubbed secondhand store cassettes of Four Castles in the near future. Until then, you can download both EPs for free on bandcamp and catch their set Aug. 8 and 23 at Basement Transmissions.