Purple is one of the best metal albums of the year. 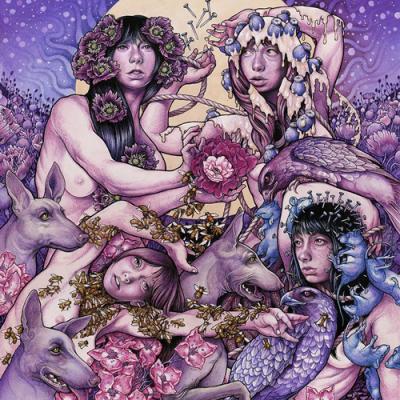 Burning and cathartic, Purple is one of the best metal albums of the year. This triumphant return for the Savannah, Ga. band comes in the wake of a horrific accident. In 2012, the band's bus fell 30 feet from a viaduct in Bath, England. Suffering from fractured vertebrae, bassist Matt Maggioni and drummer Allen Blickle left the band the next year. The new lineup now features the rhythm section of experimental post-rock band Trans Am. The changes are perceptible, but the spirit and tone of the band remain true. Fans are quick to point out that the record is aptly named, its sound lying somewhere between The Red Album and 2009's Blue Record. The guitar riffs are tight and exacting, and the album is more brightly produced than its predecessors. Sections are operatic and sweeping, while never drifting into noodly fantasy affectation. Both credible and accessible, Baroness is an excellent crossover band for laypeople and metalheads alike. You can pick out every word of John Baizley's gruff vocals while the band builds an artfully heavy masterpiece. – Nick Warren