Frame and Mantle are celebrating the remastered release of their EP with a headlining show at Basement Transmissions on Saturday, June 25. 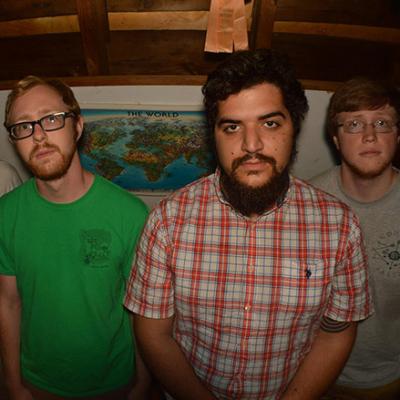 Frame and Mantle are celebrating the remastered release of their EP While Our Fields Lie Fallow on Further Sky records with a headlining show at Basement Transmissions on Saturday, June 25.

Since moving to Erie in 2014 and leaving behind their old band, the quirky ska-meets-metal-meets-pop punk Skylime, to become more serious musicians, Frame and Mantle have become one of the city's most interesting bands. Influenced by bands like Title Fight, This Will Destroy You, and American Football, Frame and Mantle's EP While Our Fields Lie Fallow is five indie rock anthems full of ambient and surreal instrumentals with the occasional vocal lines thrown in, challenging typical songwriting structure to create a unique listening experience.

Picking it up from California, Pennsylvania (not the Golden State) are Soulios a young ska-punk band in the vein of Reel Big Fish and Sublime, whose upbeat songs are sure to get you skanking along to the music.

Filling out the bill are Oakkao and Wave Trails, a pair of alternative indie bands to complete the show's theme of diverging from the typical heavy bands that have become the norm at BT. – Tommy Shannon