Emo and indie-rock will find a temporary home at Basement Transmissions on Sunday, July 23. 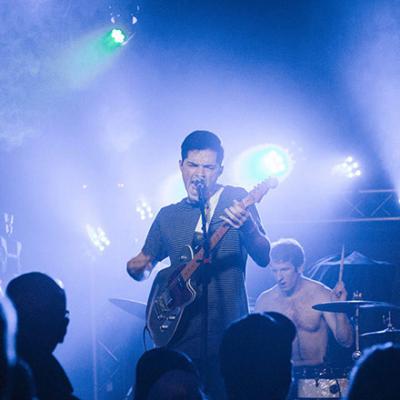 Emo and indie-rock will find a temporary home at Basement Transmissions, when Fossil Youth, Heavy Hearts, and Sleep In roll through Erie as part of their two-week long, 11-state tour.

Fossil Youth last came to Erie County last August, playing in an actual basement in Edinboro. The Oklahoman band has since released a new album, A Glimpse of Self Joy, in March. Their latest differs from previous EP Intertwined With You in its de-emphasis of pop-punk, favoring calming and somber guitar licks over hard hitting chord progressions (not to say they're not still present).

On tour with Fossil Youth are New Jersey's Sleep In and Ontario's Heavy Hearts. (I was fortunate enough to see Sleep In open for the Crucial Dudes in New Jersey, and was compelled enough by their performance that I bought their LP Settling instead of merch from the band I had been dying to see for years.) Picture a more energetic American Football (the band), and you have Sleep In. Heavy Hearts, aptly named, is the heaviest (term used loosely) band on the tour package, with loud powerful, melodic, and emotional choruses in songs like "Basement Jesus" and "Bliss".

Local opening acts include The Standby, for fans of Brand New, and The Filthy Casuals, a new ska/punk band that just released their first single, "DJKT." — Tommy Shannon