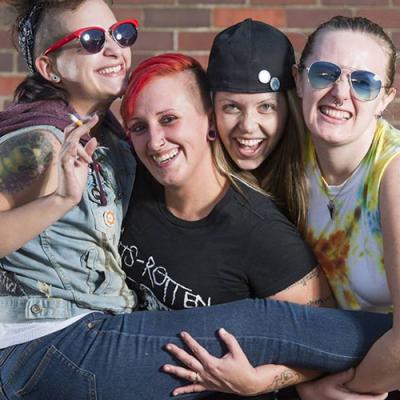 The Scratch n' Sniffs were clearly channeling bands like NOFX, Lagwagon, and Bad Religion while writing their energetic skate-punk album, taking just enough influence without ripping anything off. The old school vibes coming from Scraping By scoff at the notion that punk is dead.

Previous punk floor shows at BT showcased an array of styles in the broad spectrum of genres related to punk. But this time around, the show series is centered around punk in its rawest and purest form. BT veterans Dysmorphia and Genetically Engineered Super Humans (GESH) return to the stage – or floor, rather – as well as the grungy Flipper-meets-Dinosaur Jr. stylings of Out of It.

The intimacy of playing on the floor instead of the stage is part of what made the old BT location on State Street so great, and the band and audience being on the same level perfectly embodies the spirit of punk rock. — Tommy Shannon