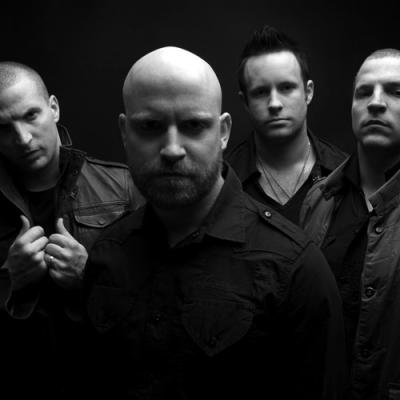 The color red can strike a number of varying emotions on sight or from simply hearing the word. On one hand, it can provoke fear and display aggression and strength. On the other, it can represent passion and love. It seems fitting that a Christian alt-rock/metal band with an intense sound and divine message would choose the name Red to embody what they stand for.

Although they're now based in Nashville, Red hails from Linesville, Pa., a small town roughly an hour south of Erie. Last September, the band made its way back to Northwest Pa., playing to a sold-out crowd at the Erie Insurance Arena. On Feb. 20, you can catch them up close and personal at Basement Transmissions.

The show falls just days before the release of the band's fifth studio album Of Beauty and Rage, which is set to be released on Feb. 24., so this show will be a great opportunity to hear some new never before heard songs.

While Red is a highly accomplished band with numerous awards under its belt and has toured with some of the biggest alternative rock bands of the mid 2000s, like Three Days Grace and Breaking Benjamin, the band's biggest achievement was in 2008 when they made Radio & Records history by becoming the first Christian rock band in the publication's history to have a song debut at No. 1 with their song "Fight Inside."

Touring with Red is the Quad Cities Illinois/Iowa-based hard rock band 3 Years Hollow, which is coming off of big tours with Sevendust and Lacuna Coil, and preparing for New York City's Exposed Music Festival.

Opening acts on the bill are Seven Circle Sunrise from Canton, Ohio and Anthems of Apathy from Erie. This show is a great chance to see some local and regional talent mixed with the exposure of national touring acts, and is definitely not something to miss – regardless of whether red is your favorite color. – Tommy Shannon